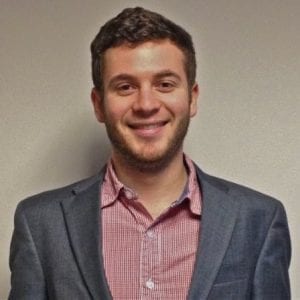 In the last decade, there has been an increasing presence of drones in our skies. They fall under the category of Unmanned Aerial Vehicles (UAVs), or Unmanned Aircraft Systems (UASs). Their popularity has been enhanced by developments in battery technology and component electronics, and their available uses are limited more by imagination than by technology.

An environmental use case for drones

One industry where commercial drones can be used to save time and resources is in the environmental sector for site rehabilitation monitoring. There are several benefits of using this technology compared with traditional survey methods:

How a single drone helped save time and resources

Golder’s project work at Hazeltine Creek, in Canada, is an example of an innovative use of drones for rehabilitation monitoring.

In 2014, a well-documented dam breach occurred at Mount Polley Mine, an open-pit gold and copper mine in British Columbia, Canada. The breach resulted in roughly 19 million cubic metres of tailings material and water being released into Polley Lake, Quesnel Lake, and Hazeltine Creek, damaging waterways and habitats along the way.

Since then, a massive clean-up and rehabilitation project has been undertaken to remediate the breach and rebuild Hazeltine Creek with two primary goals:

Golder’s successful integration of engineering and biological expertise enabled a rapid stabilization of the landscape, creek, and construction of quality habitat. So far, approximately 8 kilometres along the creek has been fully rebuilt including building a solid foundation, and then creating functional habitat on top. As part of any rebuild of this nature, a major regulatory requirement is the monitoring of the constructed habitat’s stability. It is important to demonstrate the physical stability and biological performance to the Federal and Provincial Governments and their First Nations partners for the habitat to be accepted as part of offsets.

As drone
technology evolves,
it is inevitable that
new and innovative
use cases will
become apparent.

Under previous practices, a survey team would need to be physically present on the ground and carry out surveys on an annual or bi-annual basis. In the case of Hazeltine Creek, a survey team of two or three people would have required between one and two days per kilometer of creek.

Golder has been working to assist the client, and proposed that a more efficient, but still evidence-based means of monitoring could be achieved using a drone. Consequently, a drone was flown over the new creek channel to take images of the constructed work. The first assessment was used as a benchmark and point of reference for subsequent years. This has helped to determine the stability of each element of habitat and to develop a database of those habitat elements.

Drone imagery was used to geo-reference locations within the constructed habitat. The aerial imagery had sufficient resolution to geospatially document each element of stream habitat, and therefore monitor its physical stability. This novel habitat monitoring technique combined the aerial imagery from drones with geographic information system (GIS) software.

Key elements that the drone imagery is used to monitor are boulders, woody debris (roots, branches, etc.), treetops, and weirs. Ensuring these elements are secure and stable demonstrates the ecological benefits of the new habitat.

With any new, innovative method of operation, there can be challenges. Fortunately, the challenges of using drones to capture images and evaluate environmental stability were minor.

Simple considerations must be made such as timing the task to ensure good weather for visibility, scheduling the drone imagery for times of year when water flows are low and in similar conditions from one survey to the next, and working at the same time of day each time so shadows are consistent. With proper planning and preparation, these challenges cause minimal disturbance.

The results to date have been excellent. Using the drone images, minor movements in construction were picked up and quickly resolved. Out of over 800 new features, there have only been 13 notable shifts which have been addressed. As a result, the client has developed better construction techniques, and has been able to work with various contractors to better systemize procedures moving forward.

The client has also been able to successfully submit images and analytical data to share with regulatory bodies confirming that re-construction thus far has been successful and is on the right track.

The greatest result has been that the new creek has been colonized. There are now more than 4,000 adult trout of spawning age that have produced in excess of 40,000 juveniles. With the help of drones to monitor construction, the future for Hazeltine Creek looks much brighter.

Looking to the future

Hobbyists have been having fun with drones, with some even causing trouble like the recent grounding of aircraft at Heathrow Airport in the UK. In the USA, the Federal Aviation Administration (FAA) mandated online drone registrations in 2015 in an attempt to control increasing use.

A recent report from the FAA shows that while registrations for model (or hobby) drones is slowing, non-model (essentially commercial) registrations are growing. Amazon, Google and Walmart have all been experimenting with drones for their logistics operations. The FAA report shows that in 2018 alone, more than 175,000 non-models were registered, and this is accelerating rapidly. In fact, they predict this will increase to over 835,000 total non-model, or commercial, registrations by 2023[1].

As drone technology evolves and more commercial registrations are submitted, it is inevitable that new and innovative use cases will become apparent. We are only now starting to see that what was once a hobby for many is now being put to practical, lawful and responsible use by businesses with real financial implications, whether for logistics and resources from global brands, or environmental surveys for rehabilitation projects or mine permitting. It is an exciting time, and clients who consider this innovative new technology can expect to get timely and reliable results more cost effectively.

James Ogilvie is a Water Resources Engineer in Golder’s Mine Water Management group based in Vancouver, Canada. James works on a variety of projects related to river and coastal engineering and the design and construction of water management infrastructure.