Home Insights Biodiversity Offsetting, How To Use A Sharp Tool and Avoid A Blunt Instrument

Biodiversity Offsetting, How To Use A Sharp Tool and Avoid A Blunt Instrument 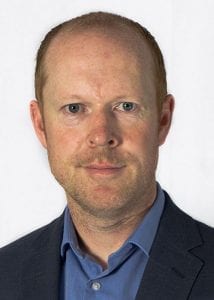 This article appears in Volume 4 of Impact Assessment Outlook Journal

You only have to google ‘Biodiversity offsets’ to be bombarded with a myriad of definitions derived from a host of non-governmental agencies, private consultancies and government.  Essentially, a biodiversity offset is a tool to demonstrate that a development project can be implemented in a manner that results in no net loss or a net gain of biodiversity.  The business and biodiversity offsets programme (BBOP1) defines biodiversity offsets as “measurable conservation outcomes of actions designed to compensate for significant residual adverse biodiversity impacts arising from project development after appropriate prevention and mitigation measures have been taken”.

Biodiversity offsetting is not designed to replace the functionality of the mitigation hierarchy at the site level which tells us to avoid, minimize and rehabilitate and/or restore habitats as a priority. Offsetting should be complementary to traditional mitigation strategies within the EIA process.  So, what are the benefits and what are the risks?

However, Biodiversity offsets are considered controversial by some. Critics argue that financially graded compensation schemes are not effective conservation strategies. Moreover, it is argued, they can even be counterproductive if implemented hastily or in the absence of a proper legislative and regulatory framework. Other concerns include:

The UK Government has sought to mitigate the risks of implementing Biodiversity offsets by commissioning the the ‘Making Space for Nature’ (Lawton Review2).  This has set out a number of principles for biodiversity offsetting, and the Department for Environment Food and Rural Affairs (DEFRA) has encompassed the findings of the Lawton review into the pilot strategy on offsetting (DEFRA, 20133).  This study assessed six projects and aimed to evaluate the application of offsetting in the voluntary pilot areas.  The project goals were steered by the Lawton review and sought to:

One of the most salient take home messages from the Lawton review was that offsets should be ‘bigger’, ‘better’, and more ‘joined up’.  If we understand the principal aspirations of offsetting then we must also address the risks of offsetting previously alluded to. The Cross Sector Biodiversity Initiative (CSBI) Timeline Tool, (December 20134) provides guidance on the timing of offsetting delivery in order to minimize the risks of mitigation failure.  Essentially, professional judgment will always play a pivotal role in evaluating risk of mitigation failure.  The greater the level of uncertainty on an offsetting project (technical, financial, or regulatory) the sooner the project should be implemented.  As such, a reactive approach and possible switch to ‘plan B’ can be taken.  The IUCN Draft Biodiversity Offsets Policy5 (2015) goes even further for offsetting, by suggesting that on the ground offset gains should be demonstrated before construction impact occurs.

Delivering ‘bigger’, ‘better’, and more ‘joined up’ habitats for biodiversity gain is clearly a positive aspiration.  Biodiversity offsetting is here to stay; and appears to have strong political backing.  Bespoke ‘project by project’ offsetting strategy will be a key driver as a ‘one size fits all’ approach is likely to be a blunt instrument.

This article appears in Volume 4 of Impact Assessment Outlook Journal

Freddy Brooks (MSc, MCIEEM), Senior Ecologist/Project Manager, has extensive experience of protected species surveys and producing reports for a number of Environmental Statements, Planning Applications and Management Plans. Freddy has worked on a number of high profile UK and International projects and has also provided training to delegates across Europe focusing on biodiversity impact assessment and hydropower projects.