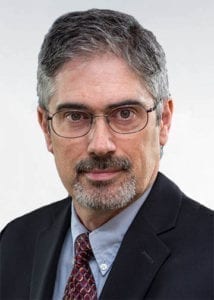 When planning to develop a new mine, or to extend the life of an open pit operation, mine planners have an alternative mining method to consider: block caving. Some deposits are either too deep to economically extract by open pit methods or are of insufficient value to justify other more costly and conventional underground methods. In the right conditions, the advantages of block caving make it an alternative that is now being considered more often, such as at Seabridge’s KSM Project.

Block cave mining is an underground mass mining method that allows for the bulk extraction of large, relatively lower grade, ore deposits with substantial vertical dimension. In block caving, a large section of ore is initially undercut by drilling and blasting, creating a large unsupported roof that will start to collapse under its own weight and instability. The broken ore then breaks apart and falls into a series of pre-constructed funnels, or drawbells, and access tunnels developed underneath the caving rock mass to form ore extraction drawpoints.

As many surface mines exhaust viable reserves using conventional open pit methods, they are seeking to extend their operations by going underground to continue extracting ore. The lower operating cost of underground block cave mining can be comparable with open pit methods and can either be a viable alternative to develop a new mine or to extend the life of an existing mine. Block cave mining operating costs are typically in the order of one tenth of what other underground mining methods cost, largely driven by economies of scale where production rates can reach 30,000 to 100,000 tonnes per day. In addition, drilling and blasting costs are far less, and there are no backfilling costs. 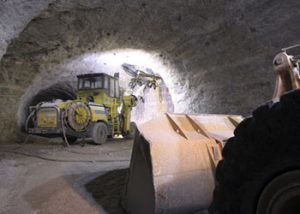 Another key advantage to an underground mining method like block caving, as compared to open pit methods, is the large reduction in surface waste disposal needs. As open pits get deeper, their ratios of waste rock to ore often get higher and the waste must be placed in ever-increasing surface storage areas. The amount of waste rock generated from underground methods like block caving is a fraction of this, reducing surficial land impacts which is a key permitting advantage.

Factors in the Selection of Block Cave Mining

Early Stage Assessment of Using Block Caving for a Deposit

The following steps should be completed when evaluating a mineral deposit for block caving:

The above evaluation process will help to direct future exploration plans and understand what the key drivers are for extracting a particular deposit using block caving. If the project passes this initial assessment, then further more detailed studies can be done at the pre-feasibility and feasibility level. These studies would include more detailed mine design, cave modelling and drawpoint scheduling, numerical stress modelling, and fragmentation assessments.

As large open pit mines come to the end of their lives, many companies are examining the feasibility of transitioning to low-cost, large-scale underground operations. Block cave mining is the only underground method that can offer comparable open pit production rates and operating costs. For new developments, block cave mining offers the further advantage of a smaller surface footprint with significantly less waste disposal requirements.

Block caving has garnered increased interest in recent years, especially as the number of new near surface deposits which can be mined by open pit methods continues to decrease. This has helped drive global interest in cost-effective underground mining methods like block caving which can be a viable alternative for consideration in mineral project evaluation.

David Sprott is a Principal and Senior Mining Engineer based in Vancouver, British Columbia. He has 35 years of experience in the mining industry that includes underground mine operations engineering and technical roles within several major mining companies, and then within Golder since 2006. In recent years, he has been involved in many block cave mine design projects at the conceptual and pre-feasibility study levels.