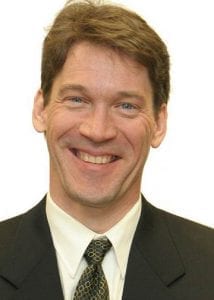 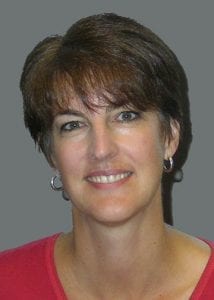 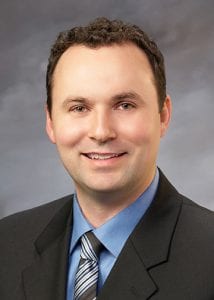 When Canada passed the new Impact Assessment Act (IAA) in August 2019, to introduce changes to the review process of major projects such as mines and pipelines, many members of the resource sector expressed concern. Would the new legislation increase costs and timelines, potentially stifling investment and causing project proponents to leave the country?

The IAA replaced the Canadian Environmental Assessment Act, 2012, (CEAA 2012) to essentially overhaul the federal environmental assessment system. The new legislation included a revised list of activities that trigger an impact assessment and other details about how the impact assessment process works. With the IAA in place, proponents of major projects were expected to take additional steps to manage their project’s environmental, social, economic, cultural, and health impacts.

Golder professionals, who followed the development of the new IAA legislation and its implementation, have had discussions with regulators and have carried out an analysis of the IAA’s impacts on major project timelines and budgets. Some of these findings were presented in a webinar, “Canada’s Impact Assessment Act – a Year in Review” (which you can view on-demand).

Note that information in this article was current as of October 2020.

The Golder team carried out an analysis on the number of projects that have gone through the IAA review process since the implementation of the legislation. What are some of the learnings from this analysis?

As of October 2020, 29 projects have been involved in the IAA review process. Here is a breakdown of their status:

What can you say so far about the basis for requesting a review?

Under the Act, anyone can request an assessment of a project that they feel may have significant impacts or is not in the public interest to determine if it should be considered a “designated activity” – an activity or project subject to the IAA process – or not.

After a designation request is made, the project proponent has an opportunity to respond and state their view on whether their project should be designated. Then the IAAC examines the request to see if it has merit and makes a recommendation to the Federal Minister of Environment and Climate Change, who makes the decision on whether to designate the project or not.

In most of the 19 requests for a review, the Agency found that designation was not required because the potential effects would be limited or are already being managed and mitigated by existing federal or provincial agencies, or that there is an existing system for carrying out consultation with stakeholders.

A year ago, some project proponents were concerned that the review process would stretch out, lengthening project timelines. What have you seen?

We’re a little over a year into the new legislation. Given the multi-year timeline of the review process, and the multi-decade lifespan of many projects, it’ll take time to see how the new regulation impacts project timelines.

The IAAC has set a service standard of 180 days on this process and it is a “stop clock” process. While projects are finishing the Planning Phase under 180 days with a “stop clock”, the majority of projects are taking more than 180 calendar days to finish the Planning Phase. This is partly because proponents can request timeline extensions, and if granted, these extensions stop the 180-day clock temporarily.

In many cases, the extension requests appear to be related to the difficultly of carrying out consultation during the COVID-19 pandemic. So far, no applications have completed the Planning phase in under 180 calendar days – so budgeting additional time in your schedule for this part of the process may be wise.

But again, it’s too early to tell if the process under the IAA will result in stretched timelines for projects.

What has it been like to work with the IAAC?

In supporting our clients through the process, and in conversations with regulators, we’ve found the IAAC is willing to help proponents understand what information they need to prepare to go through the review process.

As well, the process includes a “completeness check” at the end of the Planning phase, in which the IAAC reviews the application to see if all the bits and pieces of information are there. They’ll send a response about any parts of the application that may be missing or in other ways not acceptable.

We’ve seen the IAAC is willing to review drafts of submissions during the process and provide their opinion.

And, if you have a project in mind and don’t know if it will need to go through the IAA process, you can provide a brief description of the project, and IAAC will then issue a written opinion as to whether the project, as you’ve described it, would likely require a Federal impact assessment.

In all, we might use the phrase “cautiously optimistic” when weighing in on whether the Impact Assessment Act will be an undue burden on project proponents.

What’s the news about Regional and Strategic Assessments?

Regional and Strategic Assessments were part of the 2012 legislation, but they didn’t see much emphasis. That’s changed with the IAA of 2019. These changes are an attempt by the federal government to support project proponents through doing some of the work in advance of an IA and making those findings publicly available.

Regional Assessments (RAs) help paint a picture about a specific area. To date, one RA has been completed – for offshore oil and gas drilling east of Newfoundland and Labrador. There’s an RA in process for the Ring of Fire mining area in northern Ontario, and one for the St. Lawrence River area has been requested.

Strategic Assessments (SAs) don’t address a specific area but look at policies or proposals that will help the assessment process be more efficient in preparing IAs. There is an SA in process for thermal coal mining, and one in process for climate change.

As well as the expansion of the idea of RAs and SAs, the IAA expands guidance around two types of risk: physical and transitional.

Physical risks relate to the project’s abilities to help Canada meet its greenhouse gas emission targets. The IAA uses terminology and frames of reference from the Task Force on Climate-related Financial Disclosures (TCFD), which seeks to use financial disclosures as a means to inform investors and other stakeholders about the risks companies face related to climate change and how those risks are being managed.

Transitional risks relate to how the project will be viable as the country transitions to a low-carbon economy. One difficulty is that while many companies are working towards being carbon-neutral by 2050, this is generally on a company-wide basis; they may still have individual projects that are not carbon-neutral.

What are the new requirements for Gender-Based Analysis+?

The new legislation requires the assessment of disproportionate environmental, social, economic, cultural and health effects, both positive and adverse. This uses a framework called gender-based analysis plus (GBA+) that considers sex, gender, race, ethnicity, age, mental and physical disability. It also considers how these factors intersect, to find and address differential benefits and adverse effects across population sub-groups.

GBA+ is based on principles of equity, diversity and participation as part of the impact assessment, with a focus on marginalized groups. It requires integration of community and indigenous knowledge, early engagement, and working with sub-groups that may be disproportionately affected, to collect baseline data in a participatory way.

This investigation should build understanding of the different priorities, concerns and perspectives on the environmental, social, economic and health impacts of the project. Sean Capstick, P. Eng is a Principal with more than 25 years of environmental compliance experience who provides specialized expertise on strategic and regulatory advice to clients regarding Climate Change. He is Golder’s Global Sustainability and Climate Change Technical Community Leader and is a member of the External Advisory Panel for the Canadian Centre for Climate Services’ (CCCS) whose mandate is to distribute climate data for developing Vulnerability Assessments and Adaptation Plans.

Roxanne Scott is a social scientist and trained social due diligence and compliance auditor who has worked with Golder since 2005. She has over 20 years of international experience leading socio-economic assessments, social due diligence and compliance audits, and social performance monitoring to support project financing risk management, disclosure and sustainable project development. Her work supports the Voluntary Principles on Security and Human Rights, gender-based analysis, and consideration of Indigenous Peoples and vulnerable groups in projects and auditing processes.