Crucial and Complicated: The Mining Sector’s Journey to Net Zero 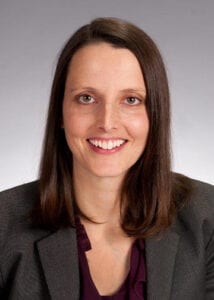 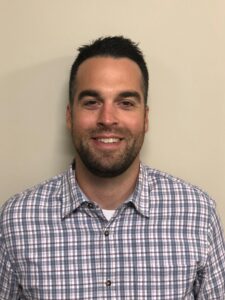 The global transition to a low carbon economy is underway, and the mining sector has a crucial and complicated role to play. Rapid uptake of green technologies to achieve decarbonization means increased demand for minerals and metals, like lithium to produce electric vehicle batteries or copper for electrification. However, the mining sector is being challenged to meet this demand while also decreasing its own carbon footprint. As a result, many mining companies are developing ambitious decarbonization targets that align with the 2015 Paris Agreement on Climate Change and strive to eventually achieve net zero carbon emissions.

Net zero carbon emissions occurs when the GHG emissions released by an organization are counterbalanced with an equivalent amount of carbon removals from the atmosphere. For many mining companies, this means establishing a baseline level of GHG emissions, and looking for opportunities to undertake actions to reduce GHG emissions (often referred to as “decarbonization”). While there are practical limits on how much GHG emissions can be reduced by a mining operation, several innovative approaches are being explored and the future is promising.

According to the International Council on Mining & Metals (ICMM), large mining mobile equipment and vehicles can account for up to 80% of GHG emissions at a mine. As a first step, mine operators are assessing what their options are for reducing GHG emissions from vehicles. Marginal reductions can be realized through increased use of biofuels or exploring alternative material movement that reduces haulage needs.

But these changes alone are unlikely to sufficiently meet a net zero target, so emerging technologies such as battery electric vehicles (BEV) or hydrogen-based trucks are being piloted. The technology best suited for a particular operation can depend on many factors, including ore type, mining method, mine location and availability of electric or hydrogen infrastructure. A solid understanding of technology options, both current and future, and adoption considerations can shape a mining operation’s strategy around options for reducing GHG emissions from vehicles.

The “Innovation for Cleaner Safer Vehicles (ICSV)” initiative, a collaborative model launched by ICMM member organizations, is focused on solving these industry-level challenges and accelerating development of a new generation of cleaner and safer mining vehicles. An excellent example is an imposing and impressive 263-tonne dump truck that uses hydrogen fuel cells. Developed by Williams Advanced Engineering and ENGIE, the truck will be tested by Anglo American in the first half of 2021 at the Mogalakwena platinum open pit mine in the north-western part of South Africa in Mokopane, Limpopo. Anglo American plans to generate hydrogen from electrolysis on site, using renewable power sources, to power the truck.

Solar and Wind are Renewable and Realistic

In addition to vehicles, the mining sector uses large amounts of energy to operate safely, supplying ventilation in underground mines and processing extracted materials. The industry is actively looking for alternative energy sources including increasing the use of renewable energy from solar and wind installations that produce less GHG emissions to generate electricity than fossil fuel alternatives. This is particularly important for remote mines that are not connected to the electrical grid and currently rely on diesel, natural gas or liquified natural gas (LNG) for power supply.

As renewable energy becomes more economically viable it is expected that these large-scale installations will be integrated into mining operations. For example, a planned 34MW solar plant will be powering Rio Tinto’s Gudai-Darri, an iron ore mine in Western Australia. Nearly 100,000 solar panels will generate enough electricity to supply 100% of Gudai-Darri’s electricity demand during peak solar power generation times and approximately 65% of the mine’s average electricity demand. Meanwhile, Australia’s largest hybrid renewable energy microgrid, as well as the first mine in the world to utilize wind generation, are in place at Agnew Gold Mine. The Agnew Hybrid Renewable Project supplies 55% of Agnew’s electrical power and, depending on conditions, over 80% of all of the site’s electrical power is generated by the five 110m tall wind turbines and solar farm.

How Tailings Can Support Net Zero

The mining industry is also looking into how tailings can support net zero. Under certain conditions, tailings have been demonstrated to have an ability to sequester carbon dioxide through a process called “carbon mineralization.” Carbon dioxide sequestration in mine tailings is receiving increasing attention as companies look within their own operations for innovative approaches to remove carbon dioxide from the atmosphere and use that as part of the ‘balance’ strategy towards becoming net zero.

One mechanism by which tailings carbon dioxide sequestration can be achieved is through a process referred to as “passive sequestration.” The ability of tailings to passively sequester carbon dioxide and the rate of passive sequestration depends mainly on the mineralogy, grain size, temperature, precipitation process and pore water chemistry and surface area of exposed material. The use of microorganisms in tailings storage facilities has the potential to enhance the effectiveness of this process.

While the solution is not yet common practice, progress is being made. A recent webinar featuring faculty from The University of British Columbia’s Bradshaw Research Initiative for Minerals and Mining (BRIMM) provides an update on the research around carbon mineralization in tailings: Decarbonization of Mines: From Challenges to Opportunities.

Achieving net zero is a huge challenge for the mining industry, but the sector is working to meet the challenge. Organizations such as ICMM and the Mining Association of Canada (MAC) are supporting innovation at a sector level. One example of which is the MAC ‘Towards Sustainable Mining’ initiative, a globally recognized sustainability program that supports managing key environment and social risks, including GHG emissions.

Brendan Marshall, President and Chief Executive Officer for the Mining Association of Canada believes that by working together major stakeholders within the sector can lead the transition to a low carbon economy: “Canada’s mining industry is committed to being a constructive partner in the fight against climate change and by providing the minerals and metals essential to the development of low carbon technologies like EV batteries, wind turbines and solar panels, our members are making a concerted effort to play an important role in the path to net zero.”

Rachel Wyles is an Associate and Senior Carbon Management and Climate Change Specialist with the Golder Vancouver office. Over the past nineteen years, Rachel has global experience in GHG management and climate change assessments. Assignments have included working with companies to develop carbon footprints, upstream and downstream GHG assessments, carbon neutral road maps, and sustainability reporting and reduction target support.

Russell Polack works in Golder’s Sudbury office as a Senior Greenhouse Gas Specialist. In his 13 years with Golder, Russell has had the opportunity to work with a wide variety of mining operations across Canada and internationally. The bulk of his current work centers around GHG emissions assessment and reporting, and assisting mining clients with cost forecasting, strategy and compliance with carbon pricing programs.