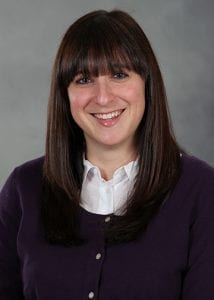 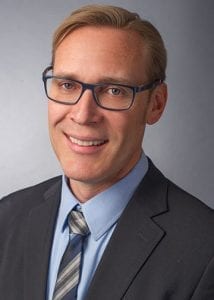 Any development project in Canada – whether construction, mining, oil and gas or any other sector – that has the potential to impact a body of water is likely to be affected by changes to the country’s Fisheries Act. The fish and fish habitat protection provisions of Bill C-68, which came into force on August 28, 2019, strengthen some protections for aquatic species and protect the interests of people who depend on them, particularly Indigenous communities.

Here are five of the most important changes to the Fisheries Act that project development stakeholders should keep in mind:

Previous legislation had, as one of its central points, the prohibition of “serious harm to fish”. This has been replaced with two prohibitions: (1) the death of fish by any means other than fishing, and (2) the harmful alteration, disruption and destruction of fish habitat (abbreviated as HADD).

It’s important to note that “fish habitat” does not just mean waters where fish are caught; it is a wider definition: “Fish habitat means water frequented by fish and any other areas on which fish depend directly or indirectly in order to carry out their life processes, including spawning grounds and nursery, rearing, food supply and migration areas.”

These provisions are, in some ways, a return to the protections provided under earlier versions of the Fisheries Act and are widely seen as a response to criticisms that the most recent Act, passed in 2012, did not provide adequate protection. This change back to the HADD prohibition is also supported by a long history of case law in Canada, which provides greater clarity as to what constitutes a HADD.

2. Protecting all fish, not just those deemed “important”

The previous Act made a distinction between “important” fish – those that were significant for commercial fishing, sport fishing or as a food source – and those that were not. The new legislation considers all species of fish, and all waters frequented by fish, to be equally in need of protection.

In addition, the HADD prohibition now considers both temporary and permanent activities, which will expand the potential scope of the types of projects that may be considered under the Fisheries Act. On the surface, this would appear to be a significant shift in policy, but in practice, for larger projects, the changes may not substantively alter how a project is reviewed compared to the previous legislation.

Bill C-68 strengthens the obligation of project proponents to partner and collaborate with Indigenous peoples. Many of Canada’s Indigenous groups, particularly those living in communities far from urban areas, are heavily dependent on fish and other aquatic species. Indigenous communities need fisheries for food and cultural reasons, and decisions made under the Fisheries Act must consider Indigenous Knowledge and potential adverse effects on the rights of Indigenous people.

It will be more important for proponents to reach out to Indigenous groups at the start of a project cycle, partly to determine early in the planning stages what aspects of the proposed project may impact fisheries, so that the necessary changes to the project can be made.

In this, Bill C-68 parallels the trends seen in Bill C-69, which discusses the larger scope of project reviews, with similarly enhanced requirements to engage with Indigenous communities.

4. Codes of Practice instead of self-assessment

Under previous legislation, it was often the case that project proponents would “self-assess” whether a proposed activity (e.g., installing a bridge or carrying out routine maintenance activities) required a full regulatory review process under the Fisheries Act. In some cases, the project proponent would request the Department of Fisheries and Oceans Canada (DFO, which administers the Act) to review plans. For minor activities, the DFO could prepare a letter of advice indicating that a full project review was not required if work proceeded according to the plan.

Bill C-68 has introduced a mechanism whereby “Codes of Practice” can be established for routine projects to replace the self-assessment process. Essentially, these codes will outline the steps that need to be followed for common operations to avoid the death of fish and other HADD prohibitions. These Codes of Practice will be developed in order to allow projects that are of small scale, short duration, and/or limited geographic area to proceed without a formal review while at the same time using best practices to protect aquatic environments and species. Larger or longer duration projects, and projects that can’t comply with these Codes would be required to be submitted for formal review.

It is intended that this approach will provide a more consistent application of standards for minor projects, reduce the number of projects that will require DFO review, and make better use of regulators’ time, enabling them to apply their expertise where it is most needed on major projects.

5. Factors to be considered for major projects

When reviewing an application under the Fisheries Act, DFO must consider several factors before issuing an authorization. Some of the factors remain unchanged (i.e., the potential for the project to affect the productivity of a fishery and fisheries management objectives), but new factors have been added. These include consideration of Indigenous Knowledge, cumulative effects, and a priority given to offsetting for the restoration of degraded habitats. These new factors will change some of the information requirements necessary to support a project application. In issuing authorizations or permits under the Fisheries Act for a HADD, there will also be a focus on increased transparency through the establishment of a public registry for project authorizations.

Overall, although some of the wording in the legislation has changed, the application of the Fisheries Act and the steps required to get a project approved are largely unaltered. Although some new information may be necessary to support applications, when it comes to evaluating the expected impact a project will have on fish and fish habitat, we expect to be following many of the same steps and using much of the same science we’ve always used, albeit with greater clarity in the approach, and with more robust outcomes for protection of fish and fish habitat.

* Bill C-68 and Bill C-69 introduce significant policy changes to environmental legislation. The Government of Canada announced that these new pieces of legislation, and associated regulations will come into force on August 28, 2019.  Clear rules for transitioning to the new system are outlined in the legislation. Much of the framework for this new federal environmental legislation links to best practices and requirements within each of the provinces and can be beneficial to project planning efforts. As with all legislative and policy developments that affect our clients, Golder continues to monitor changes closely.

Tamara Darwish is a Senior Aquatic Biologist and Project Manager with Golder with over 10 years of aquatic consulting experience and 15 years of aquatic biology and research experience. Tamara provides technical expertise and project management services in the area of aquatic health and fisheries assessments for a range of project sectors, including mining, nuclear, and oil and gas.  She is experienced in the management of multi-disciplinary teams in remote or isolated working locations, fisheries permitting, and Fisheries Act Authorizations.

Kasey Clipperton is a senior Fisheries Biologist based in Calgary, Alberta. He has more than 20 years of experience conducting fish and fish habitat assessments, developing offsetting plans, monitoring offsetting effectiveness and assisting clients with obtaining their Fisheries Act Authorizations for projects that range from small shoreline developments to major mining projects.