Industry experts point to local economy benefits for the north of England and synergy opportunities for existing industries should the shale gas industry in the UK take off in the coming years.

In this news piece, published by Industrial Minerals, Mark Cottrell, Senior Engineer at Golder Associates, and Gareth Digges La Touche, Senior Geologist, explain how industrial minerals companies, including producers of frac sand, and the economy in the north of Britain could reap rewards from the licensing of shale gas exploration in the country. Cottrell also highlights that the development of shale gas could benefit existing industries given the opportunities to pool resources and share site access.

Digges La Touche adds that, given the energy requirements of miners, a close partnership and a joint approach to planning permission with shale producers could be mutually beneficial as the shale producers can help to provide cheaper, on-site access to power. 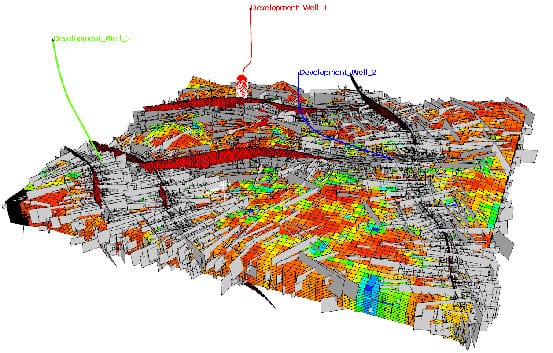 Industry experts point to local economy benefits for the north of England and synergy opportunities for existing industries such as aggregates should the shale gas industry in the UK take off in the coming years.

The shale gas industry was keen to point out the wider benefints it promises to offer the UK market at the European Shale Gas and Oil summit in Manchester yesterday.

Both industrial minerals companies and the economy of Britain’s northern region could reap substantial rewards from the licensing of shale glass exploration in the country, IM heard.

“It is not often said, but shale gas development could benefit existing industry via land facilitation and making use of what’s produced,” he said.

Cottrell noted that the aggregates industry is one example of where potential collaborative benefits exist. Access to and acquisition of land could be made easier where sites already exist. “Putting a rig at the bottom of a pre-existing quarry is pretty inoffensive”, he said.

Also, given the energy requirements of miners, working with shale producers could provide cheaper, on-site access to power, he posited.

A joint approach to planning permission between shale and silica sand companies could be mutually beneficial, as demand for the latter increases, added Gareth Digges la Touche, and associate at Golder.

Delegates at the summit also heard of the potential economic benefits, especially to Britain’s north, of allowing shale gas extraction to proceed.

Professor Bob Rothschild of Lancaster University noted that the UK currently has a net energy dependency of 43-47%, with gas accounting for around half of this. The means that the amount spent on importing energy is 15% larger than the country’s current account deficit.

“If we could reduce net energy dependency [by introducing shale gas exporation], this could go some way to reducing the current account deficit,” he said.

Rothschild added that shale could contribute to the reduction of UK energy prices, but whether the impact would be substantial is a matter of speculation. “It is impossible at this point to say by how much domestic gas prices could be reduced,” he said.

He added that the industry could bring a significant employment to the northern part of the country, around 60,000 jobs by his estimation, with some figures suggesting this could reach over 70,000.

Financial benefits to local councils could be equivalent to around 13% of current revenues, currently paid in taxes by local residents. He said local authorities could potentially gain £1.7m ($2.6m*) in business rates per site per year.

Peter Rose, business development manager at multinational chemicals company INEOS, noted that his firm has already stated it would give 4% of revenues to land owners and 2% to local communities should it be granted shale licenses.

In terms of if and when the industry will reach a point of commercial activity in the UK, Golder’s Cottrell said much depends on whether Cuadrilla receives its Lancashire licence, which is expected to be decided in Q1 or Q2 of next year.

He said that should it proceed, it is important that the British government not make the same mistake as Poland, where the industry was hampered by the excessive application of red tape.

Ken Cronin, CEO of industry body UK Oil and Gas, said he is confident that commercial activity will have commenced by the end of the decade.