Home Insights Golder’s Role as an Agent for Sustainable Development

Golder’s Role as an Agent for Sustainable Development 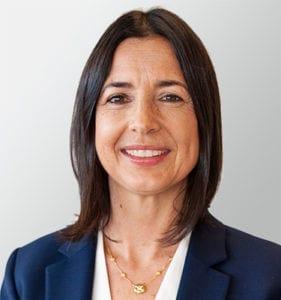 Each year Golder advances in its goal to provide innovative sustainable solutions for our clients’ projects, while at the same time reducing carbon consumption and contributing to the preservation of natural capital. The last two years we have undertaken some exciting and innovative projects which are outlined in our 2016 and 2017 combined Sustainable Development report. A perspective on the current state of the planet is important as we seek to work with our clients on their sustainability objectives.

The latest CO2 atmospheric measurements from NASA show levels over 400ppm (in comparison, the 1950 values were around 300ppm). The annual increase in global surface temperatures is 0.99°C (2016 was the warmest year on record). Sea levels measured in late 2017 show rises of about 8cm since 1993. This rise is attributable to global warming, resulting in water added from melting ice sheets and glaciers, and other factors such as land subsidence.  I see the recent research published by Nature from Antarctica shows ice caps are melting at a rate three times faster than predicted (between 2012 and 2017). The research suggests more than 200 billion tonnes of ice flooding into oceans annually.

The experts warn that if we don’t control climate change quickly, ice sheets in West Antarctica could collapse, leading to rapid sea level rise around the globe. This information, combined with other recent research showing the global concentrations of the greenhouse gas methane are now growing faster in the atmosphere than at any other time in the past two decades further increasing the need to reduce global emissions from point sources and diffuse discharges.  (Methane is a smaller component of greenhouse gases than CO2 however it’s a more powerful greenhouse effect as it traps 28 times more heat). 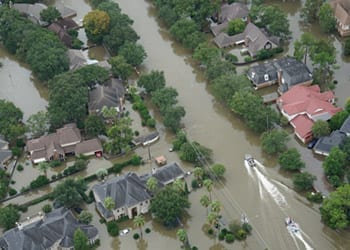 Currently the effects of these shifts in the global climate are being felt by some of the world’s poorest countries.  In the Solomon Islands and Palau, entire populations are losing land mass, leaving families homeless. The Maldives are predicted to disappear by the year 2020 if CO2 emissions continue to rise. Bangladesh is already severely impacted by flooding and rising sea levels, and it is anticipated that flooding and rising sea levels will create 20 million climate refugees in the coming decades.

First-world countries are not exempt: a 2°C rise in global temperatures will displace 18 million people in Japan. Increased flood events in low-lying areas are impacting the UK, Ireland, Netherlands and parts of the United States. The cost to governments of adapting to climate change is in the billions. The City of Miami Beach, for example, is investing at least $400M in raising street heights and installing water pumps in the most flood-prone areas. The mitigation required to adapt to the changing climate concerns us all. In early 2017 I met with the Canadian High Commissioner to New Zealand. We had the opportunity to speak about Canada’s aid program in the Pacific Islands related to climate change and how Golder’s skills and expertise were well-placed to play a critical role in addressing this pressing issue in the Pacific and around the world.

When I first read the 1987 Brundtland Report (Our Common Future) and became acquainted with the words “sustainable development”, the problems facing the planet were in the distant future. I now realize that the far-off future is the present, and the imperative to resolve these challenges rests with our generation. At Golder, as scientists and engineers, we know we can provide solutions to prevent runaway climate change, and help create a sustainable presence for our planet. We see our clients moving towards developing renewable energy and creating resilient infrastructure, and we want to help them develop resilience for the future.

Golder has supported our clients in achieving their sustainability goals and adapting to the changing climate.  The Award-winning Jasper National Park (UNESCO World Heritage Site) project protects mountain goats and bighorn sheep. The Vancouver water supply project future-proofs the water supply while protecting habitat for rare bird species. The WestConnex tunnel in Sydney and the award winning Zhuhai-Macau Bridge in Hong Kong balances regulatory requirements, infrastructure needs, and smart resource use. Collaboration with stakeholders and use of GoldSET (a proprietary decision analysis tool developed by Golder) at the Smoky Range Boreal Caribou Rearing Facility allowed a rigorous assessment of options to protect the endangered boreal caribou. The Hot Sands Beach project in Canada demonstrates the advantages of taking an alternative approach to shore restoration, reducing costs and energy (50% of the original budget), while increasing habitat for wildlife.

Overall, it is the role of engineers and scientists to integrate sustainable solutions into every task we undertake. The potential is there, and future generations require us to lead the way.

Hannah Hamling has more than 30 years of experience in environmental management consulting, with the last 11 years focused on operational management. Hannah is Golder’s Asia Pacific Regional President and a member of the global Executive Committee. She was appointed to this role in 2015 during a period of transformation for Golder and since then has led the development of that region. Since 2014 Hannah has also led the advancement of sustainability at Golder, both in concept and as a service, working with Golder’s engineers and scientists to develop a more sustainable future. Hannah has a BSc in Zoology, MSc, and a certificate in Environmental Law from the University of Auckland.