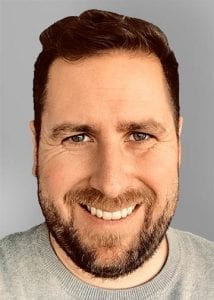 At stake is the continued success of one of Alberta farmers’ most important crops – an oilseed crop called canola (Brassica napus L.).

Canola is a major source of export earnings due to the volume and quality of vegetable oil it produces, and the crushed-seeds byproduct that provides high-protein animal feed. A 2017 study cited by the Canola Council of Canada found that Canadian-grown canola contributes US$20 billion to the Canadian economy each year, including more than 250,000 Canadian jobs and US$8.5 billion in wages.

Clubroot (Plasmodiophora brassicae), a soil-borne disease of cruciferous crops such as canola is a real threat to this economically important crop. It causes bulbous swellings on the roots, which can cause premature death of the plant.

One of the potential sources of clubroot spread is when soil and mud that contains clubroot spores are carried from infected fields into those that haven’t been impacted. Once a field is infected with clubroot, canola crops are impaired, with the severity depending on the crop rotation practices and the degree of the localized or generalized infestation of a field. Methods commonly used for treating infected fields, such as pesticide spraying, are ineffective. In extreme cases, fields may not be able to produce a profitable canola crop until the clubroot spores in the soil have died out, which can take up to 20 years.

Starting in the early 2000s, clubroot started to take hold in some Alberta fields, and it has since spread to become a serious threat to the future of many farms.

Managing the spread of clubroot

One of the factors giving Alberta farmers cause for concern about the spread of clubroot comes from the province’s other major industry — oil & gas.

Golder has provided environmental services, soil sampling and clubroot management services on some of the largest pipeline projects in North America. In doing this work, Golder has found that the clubroot infestation has spread further north than expected, into northern Alberta’s Peace River agricultural area, where it was believed that cold winter temperatures would not allow the spores to survive. Golder has also seen evidence that clubroot is able to survive in the Palliser Triangle in the southeast of the province, where arid conditions were thought to be too harsh for clubroot.

The spread of clubroot from impacted to unimpacted soil can create tension between Alberta’s agriculture industry, whose members control the surface, and the oil & gas sector which needs to access the resources located far below ground and must go through fields on the surface to get there. Farmers are rightly concerned about their income and land. Fortunately, the oil & gas sector can take proactive measures to prevent the spread of clubroot by following disinfection protocols Golder had a hand in developing.

Each time they move from one field to the next, oil & gas equipment, employees and their clothing must receive a thorough disinfection and cleaning to keep clubroot spores from spreading. This is done to meet standards that have been established by government and industry, and to fulfill the oil & gas sector’s sense of public responsibility and desire to maintain good relations with surface rights owners.

As well as helping develop the disinfection protocols, Golder was at the forefront of creating clubroot field sampling protocols, in collaboration with its clients and researchers at the University of Alberta. These protocols were updated and adopted into the Canadian Energy Pipeline Association’s clubroot management guidelines and are widely used by the oil & gas industry to determine whether clubroot is present in a particular field.

Golder also carries out field inspections to assess if a field is infected with clubroot, and these findings are then relied upon by all parties concerned — including landowners, tenants, government entities and the oil & gas industry. These sampling results are provided to close the loop and build trust.

Golder’s environmental expertise, plus the company’s knowledge of industrial hygiene and its reputation for technical excellence and credibility, are facilitating trust between two vital industries and helping to prevent the spread of clubroot spores to one of Canada’s most valuable crops.

Collen Middleton is a Professional Biologist and Soil / Reclamation Specialist with 15 years’ industry experience. He’s an active member of both the Alberta Society of Professional Biologists (ASPB) and the Alberta Institute of Agrologists. Collen is a Director with ASBP, where his goal is to help them continue to build credibility with the public with respect to its professional services practice standards, particularly in disciplines that overlap with the Alberta Institute of Agrology but are directly relevant to the professional practice of biology. His project experience includes leading environmental projects, such as biophysical inventories, conservation and reclamation plans, and expert witness work. He has worked on projects mainly in Western Canada, but also West Africa, Southern Europe, and South America.