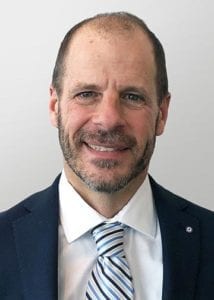 With many urban properties lying idle because of industrial contaminants in the soil, cities and land developers are eager to find better ways to bring these properties back to use.

They need technologies that are reliable, expeditious to meet their planning time horizons, and cost effective. Above all, property owners need to meet regulators’ requirements for the treated soil, if they are to turn the land over to its next use, whether that is as housing or commercial development.

Some developers will consider plant-based remediation technologies, including phytoremediation and rhizodegradation, to clean up contamination. However, they may take a pass on these natural methods because of the time required for them to work – sometimes several years to more than a decade.

Instead, faster-acting chemical remediation technologies may be brought in so the soil can reach regulatory levels and the property put back to work earning revenue more quickly.

Yet plant-based technologies have many advantages. They’re low cost, in part because there is no need to excavate contaminated soil or move it off-site. The plant cover helps limit spread of contaminants through wind, volatization into the atmosphere, or infiltration into the groundwater. Also, plant-based remediation sites, with their natural appearance, are popular with the general public, helping gain community acceptance of the work.

Plant-based technologies are effective for treating properties with widespread low-level contamination, particularly if the impacts are mostly near the surface.

However, the longtime horizons of many plant-based soil remediation methods mean that they are outside of the planning cycle of many property developers or even municipalities. So those properties may sit idle, with the contaminants in them potentially being spread by wind and groundwater, without plans to remediate them or put them to better use.

Golder recently experimented with one such method, rhizodegradation, as a polishing technology for impacted soil. Rhizodegradation works within the rhizosphere, which is the upper layer of ground that is affected by plants, their roots and the micro-organisms they support.

Rhizodegradation involves plants, but only indirectly – it focusses on using microbes that are enhanced by the presence of plant roots in the soil.

Those roots facilitate the biodegradation of contaminants partly through releasing oxygen into the soil, providing sustenance to the beneficial microbes. The roots also provide a surface for colonization of bacteria and other organisms, boosting bacteria counts and metabolic activity. Further, the roots increase the bioavailability of the contaminant, making it easier for the microbes to do their work remediating the soil.

For a recent project, Golder tested rhizodegradation after a first step of biological degradation in a biopile, which is a bioremediation technology in which excavated soils are formed into compost piles.

The biopile process was able to decrease concentrations of the contaminant, a chlorinated hydrocarbon, by more than 95%. However, the remediation objective required by the regulatory jurisdiction was less than 0.44 parts per million (ppm). Test results showed that the effectiveness of the biopile treatment stabilized at around 1 to 5 ppm, meaning the target was not being met.

So, our question was, could rhizodegradation help push the biopile-treated soil past the finish line to meet the target?

Golder’s solution involved spreading a 60 cm (24 inch) deep layer of the soil on the ground. We plowed the soil, removed the rocks, and added nutrients such as nitrogen, phosphorous and potassium, and a beneficial type of fungi. These steps prepared the soil for seeding with plants specifically chosen for their ability to help the project succeed.

We selected crops that would mature speedily – in less than a month – and which would quickly develop a dense root system to provide the environment for the micro-organisms to remediate the remaining contaminants. We also chose plants based on their ability to break down the dense clay-type soil, like buckwheat, ryegrass and oats, to better distribute the micro-organisms. Radish and mustard were added because they have a high level of biomass and have roots particularly useful to supporting the remediation process.

After 30 days, the plants were at full maturation, with the roots going down 40 to 60 cm (16 to 24 inches). Most important, the soil met the remediation goal of 0.44 ppm and had 80 percent less contamination than the original soil.

We plowed the soil again and processed the rest of the soil with another growing phase. These results were encouraging enough that the client approved full-scale implementation.

As seen from this example, plant-based remediation succeeded in enhancing water and soil quality when it is used combination with another remediation technology. This field test helps show that these technologies have a well-earned place in the toolbox available to owners of impacted properties around the world.

Christian Gosselin is an agricultural engineer located in Golder’s Montreal, Canada office who has been applying bioremediation technologies for site remediation around the world throughout his 20-year career at Golder.