Home Insights Remediating Soil, One ‘Burrito’ At A Time

Remediating Soil, One ‘Burrito’ At A Time 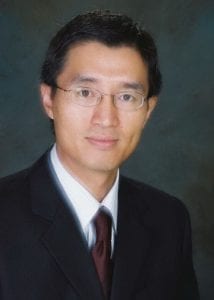 In regions with high population densities, there’s simply no land to waste. Every patch of available land has premium value and any contaminated land needs to be remediated, restored and made available for re-use.

A range of soil remediation techniques is available, but few look as intriguing as the “big burrito’. Okay, that’s not its real name (despite the resemblance!). It is officially known as “thermally enhanced vapour extraction technology”, or TEVET.

Although this technology has been used successfully in the United States for two decades, it only started to be used in Asia in recent years and has delivered impressive results.

Engineered piles of excavated contaminated soil (up to 25 x 12 m in area and 2 to 2.5 m high containing approximately 1000 tonnes) are interconnected with heating pipes and then ‘burrito-wrapped’ with a low permeability membrane (above and below). Propane fuel is used to heat the air in a burn chamber (the ‘oven’), and the hot air is then injected into the soil pile. As the ‘burrito’ heats up, the contaminants in the soil are converted to vapour by the heat and are captured by a vapour extraction system.

The extracted vapours are routed back to the ‘oven’ where the contaminants are destroyed (think of this as ‘burning the calories’). The clean airstream is recirculated back into the soil pile. The soil continues to be treated in this ‘recirculation mode’ until target concentrations are achieved – leaving the soil clean enough to be re-used safely.

The TEVET system is portable, flexible, scalable and cost-effective and achieves desired results quickly. It works on clayey soils and doesn’t require screening of soil, rocks and debris. It can be constructed and deconstructed in just a few days per pile. Unless the weather is particularly cold, the treatment generally takes less than a week, with very little human intervention required during the process.

Treating and backfilling the soil on-site rather than off-site delivers significant savings in cost and time. A 1000 tonne pile is the optimal size for cost-effectiveness, but this can be reduced and shaped to suit the conditions. With good coordination, several burritos can be cooked at once!

Taiwan is a densely populated island with limited available land space. More than 23 million people live in a land area of only 36,000 km2, and two-thirds of the island is covered by forested mountains.

In mid-2015, Taiwanese regulations relating to the off-site treatment and disposal of petroleum-impacted soil were strengthened, as the previous regulations had given little guidance on the appropriate means and methods for their disposal. Hundreds of thousands of tonnes of contaminated soil was removed from contaminated sites without formal tracking of treatment activities or disposal locations.

These tighter regulations have created a competitive environment for innovative and timely on-site soil treatment.

Until the TEVET burrito process started to be applied in Asia, soil treatment alternatives for petroleum-impacted soil were limited to bio-piling, landfarming, or ‘dig and dump’ to a re-use treatment facility (such as a brick/cement kiln). The ‘dig and dump’ approach is likely to enable the site to meet clean-up standards but may not be cost-effective. Landfarming and bio-piling may be more economical than ‘dig and dump’, but they require a longer treatment time and their effectiveness at achieving clean-up standards is uncertain. TEVET is proving to be a faster, more reliable, and cost-effective alternative.

TEVET was approved by the Taiwan EPA in 2016 and has now been deployed by Golder at three sites, successfully treating more than 15,000 tonnes of soil on-site and allowing the soil to be re-used after treatment. In comparison to the only market alternative for a rapid turnaround treatment (via off-site incineration), TEVET saved clients close to US$2.3 million of direct treatment fees in 2017 through use of just a single TEVET unit.

Smiling All the Way

The first use of the TEVET technology approved by Taiwan’s EPA was the remediation of the ‘Smile’ gasoline/petrol station. An approximate 2000 m2 area of silty clay soil on this site was heavily contaminated with gasoline/petrol and diesel to a depth of approximately 6 m.

Despite various remediation technologies attempted at this site from 2009 to 2016, the contaminants of concern remained far above the clean-up standards (soil TPH and groundwater TPH remained 37 times and 104 times above the standard concentration, respectively; benzene concentration was 120 times greater than the standard).

If and when the site would achieve remediation was uncertain and disposing of the soil off-site was deemed too expensive, so it was decided to try the burrito approach.

Between December 2016 and June 2018, 16 big burritos were cooked – decontaminating ~14,500 tonnes of soil. The success of the decontamination was confirmed by third-party laboratory analysis of 8–12 sampling locations per burrito.

Although the soil treatment time for each burrito was fast, ranging from 6 to 10 days (depending on initial contaminant concentrations and soil moisture content), the geotechnical work and other activities depended on the site and weather conditions such as storms and typhoons, which are common in Taiwan.

Asia offers huge potential for the burrito approach to petroleum-impacted soil remediation, with a virtually untapped market for the treatment of soil contaminated with chlorinated solvents. In Taiwan, where there are not enough soil treatment facilities to keep “digging and dumping” millions of tonnes of contaminated soil, there is expected to be a growing appetite for the TEVET burrito.

Editors’ note: TEVET was patented by Quality Recycling, Inc. and all rights were acquired by TEVET Environmental, LLC, which is currently operated as a subsidiary of Hilltop Enterprises. Golder signed an agreement with Hilltop to use TEVET in Taiwan (as well as other countries in Asia).

Robert Lu is a Senior Engineer and Associate at Golder in Hong Kong.  He has more than 20 years’ environmental consulting experience and has been with Golder since 2005.  His experience spans supervision of site assessment and remediation field activities, preparation and execution of pilot studies and full-scale remedial action plans and assisting clients assessing and managing their remedial strategies.  Robert has provided remediation engineering support for projects in the USA, China, India, Indonesia, South Korea, Japan, Philippines, Singapore, and Taiwan.