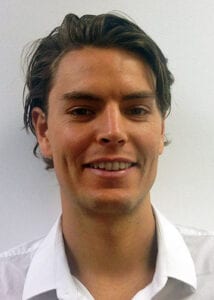 Hydrology and water resource planning are important components in most, if not all, environmental projects. This is especially true in the mining sector, where huge pits, reservoirs, and tailings storage facilities (TSFs) are commonplace. Water resource engineers rely heavily on rainfall data to help plan, design, and manage these sites and the surrounding environment. Historical rainfall data forms the foundation of hydraulic and hydrological studies and is critical to estimating how often certain events such as floods could occur.

In many countries, historical rainfall data is both plentiful and readily available. For example, in Australia, historic gauged rainfall data dates back to the 1890s. In some regions of the world however, this isn’t so. Often there is a lack of gauged rainfall data on record, or existing records may be punctuated by large gaps or inconsistencies. In these situations, alternative solutions are needed, and Gridded satellite-based rainfall datasets are a great option. These datasets are available for most areas of the world and are both accessible and free to use. The key advantage of these data sources is that they can provide critical information on the hydrologic cycle and water resources that would otherwise be unavailable.

How can gridded climate datasets help?

In regions of the world where access to gauged rainfall data is limited, you may face challenges due to:

In these instances, gridded climate datasets can be considered.

A gridded climate dataset is a 2D array of values, wherein each grid cell represents a meteorological element such as rainfall, temperature, wind, etc. Site data can be extracted by drilling down into one of the grid cells to extract a timeseries of data from that geolocation.

A case study in Africa

Let’s look at a real-world example, where Golder undertook a hydrological study and hydraulic assessment for a client in Sierra Leone. There was no gauge streamflow data available either locally or in any neighboring countries. Because of that, rainfall-runoff modelling was applied, but available rainfall data was insufficient for the project’s requirements.

Historic rainfall data had large gaps, and where available was only given in monthly increments. One of the largest gaps in rainfall data spanned from 1991 to 2002, coinciding with the civil war in the region. Even after that point in time, data was sporadic.

After much investigation into alternative sources, the Water Resource Team at Golder decided to work with the Tropical Rainfall Measuring Mission (TRMM) dataset. TRMM is a joint venture between the National Aeronautics and Space Administration (NASA) and the Japan Aerospace Exploration Agency (JAXA) that was launched in 1997 to study tropical rainfall using radar, microwave, and infrared scanners.

A method was devised to create a composite dataset based on disaggregating the available monthly rainfall records into shorter day-long and three-hour time periods based on the satellite-based datasets. The resulting composite dataset helped to create a complete 17-year record with no data gaps. This was then used to estimate intensity-frequency-duration (IFD) curves for storm durations of up to three hours. These IFD curves were used as the base design rainfalls which allowed further hydrologic and hydraulic analyses within the project such as:

None of this would have been possible without Golder’s approach of using gridded dataset.

Gridded rainfall datasets can be easily adapted to many projects globally, where access to reliable gauge rainfall data is limited or where validation against local data is required. Satellite technology continues to evolve at lightning pace and since the case study above, the TRMM mission has been upgraded with a whole new constellation of satellites that have improved temporal and spatial resolutions and data quality. With that in mind, any current limitations with these datasets are likely to improve in the future, offering even more possibilities.