Mining is sometimes associated with environmental damage, exploitative labor practices and leaving behind a legacy of contaminated water and land. Mention “mining” and many people outside the industry react negatively. It is time for the mining industry to adopt tools to improve and demonstrate their often overlooked sustainability performance.

In this article from Mining Journal, Jose Maria Prado, Operations Manager in Spain and Portugal at Golder Associates, says that there already are several schemes developed by different organisations supporting responsible mining certification. However, there are no common procedures amongst them, and they tend to favour large mining companies rather than the small and medium-sized.

In Spain, the mining community has been working its way towards integrating standards. Mr Prado was one of the members of the technical committee responsible for updating the Spanish standards on Sustainable Mining Management. This Spanish model has been successfully applied for some years now, and local mining companies currently using the Sustainable Mining Management system report several benefits.

To read the full article published in Mining Journal, please click here, or continue reading below. 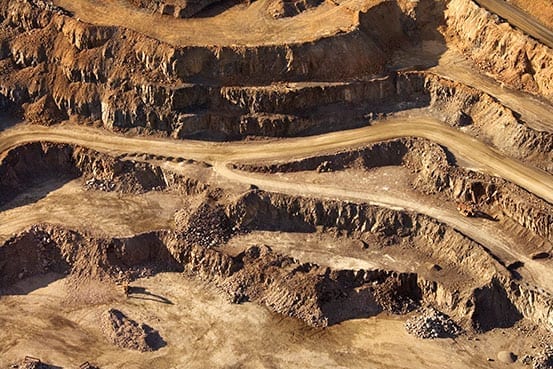 Mining doesn’t always get a great press, particularly with the environmental lobby. Many people outside the industry continue to regard mining negatively: it’s accused variously of desecrating land, exploiting in-country labour, and leaving behind a legacy of contaminated water and spoil, and all for the benefit of rapacious mining companies.

Therefore, according to a senior mining figure, it’s important to develop tools that can help companies improve and demonstrate their sustainability performance.

Jose Maria Prado, Operations Manager of Golder Associates in Spain and Portugal, told Mining Journal that trust from society has to be gained.

He said currently there are several schemes developed by different organisations which lead to the certification of sustainability for mining activity. However there is no common procedure among them, and in addition they favour larger companies rather than small and medium-sized enterprises (SMEs).

“The different procedures existing today for the certification of the sustainability of the mining activity, developed by organisations like GRI and Bettercoal, are private initiatives, mainly focused on large companies, and in particular to those operating in conflict or less developed countries,” Prado said.

“If a standard on the sustainability of mining operations can be agreed, this will help SMEs integrate the standards into their own management systems, as the process can be easily integrated with other existing management systems.”

In Spain, the mining community has been working its way towards some integration of standards. Mr Prado was one of the members of the technical committee which updated the Spanish standards on Sustainable Mining Management (SMM).

Around a year ago, the Spanish Association for Standardisation and Certification (AENOR) published the updated version of the standards for Sustainable Mining Management:

Originally produced in 2008, these UNE standards were based on the well-known and industry-recognised Plan-Do-Check-Act (PDCA) cycle and therefore compatible with other international management systems – ISO 9000, ISO 14001 and OHSAS 18001.

The UNE standards were revised between 2013 and 2015 by a technical committee coordinated by AENOR, which looked at some of the international schemes related to sustainability, including the Global Reporting Initiative (GRI), Bettercoal, UN Global Compact or Equator principles.

They eventually came up with seven key criteria which needed to be met in order for mining companies to achieve the status of Sustainable Mining Management:

his Spanish model of standards has been successfully applied for some years now, and local mining companies which implement the Sustainable Mining Management Systems report that benefits include: safer and less polluting activity, reduction of risks due to accidental causes, reinforcement of the industry image and company brand, and trust among stake holders.

Development of a European Standard

Standards are a powerful tool. One of the European Commission’s Raw Materials Commitments is the standardisation of sustainable mining management systems in order to develop a European Standard of Sustainable Mining Management. The standard would include requirements and measurable indicators, and hopefully be compatible with some of the existing schemes.

The existing Spanish Standards UNE 22470:2015 and UNE 22480:2015 are being used as a basis for the new standard. If the standard is seen to be suitable, it could also be proposed to become an international standard under ISO procedure, boosting its potential impact.

This means that if a European Standard on the sustainability of mining operations can be developed, there will be a single tool that mining SMEs can integrate into their own existing management systems. With a single process to follow, it will be significantly easier to ensure compliance and, almost as important, being seen to do so by the wider public.

The expected impacts include the promotion of a common vision of sustainability in mining, a single management scheme, the integration of mining sustainability concepts in existing and future legislation, and the social acceptance of mining activities.

It’s also hoped that the new standards will mean a benefit to the economic and social development of local communities, more efficient use of natural resources, improved restoration and rehabilitation of natural areas affected by mining activities, the promotion of the use of best available techniques, streamlining the permitting procedure, and the formalisation of data sets to be provided to the authorities for statistical or other regulatory purposes.

Ultimately it’s hoped the European standards will lead to an industry-wide and long overdue image makeover for the mining industry.