Home Insights The Role of Indigenous Knowledge in Impact Assessments

The Role of Indigenous Knowledge in Impact Assessments 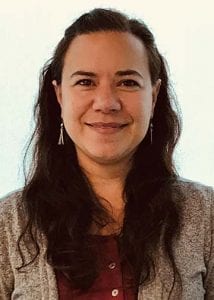 Because of the unique perspectives and knowledge Indigenous Peoples have about the local environment based on their long-term relationship with the land and water, there is growing recognition across Canada of the valuable contribution of Indigenous Knowledge (IK) in environmental and regulatory processes of development projects.

Increasingly, governmental regulatory agencies are expecting development proponents to integrate IK into their assessment approach of development projects and use in decision-making. On June 20, 2019, the Government of Canada approved two new pieces of legislation, Bills C-68 and C-69, which introduce a mandatory consideration of IK in proposed project reviews and regulatory decisions for federal impact assessments. The new legislation (which can be found here) will facilitate Indigenous engagement and partnership, and is closely tied to the recognition of rights of Indigenous Peoples and Canada’s commitment to achieving reconciliation. Used to promote transparency in decision-making, the new Impact Assessment Act will also require that impact, strategic, and regional assessment reports describe how any provided IK is considered.

What is Indigenous Knowledge?

Indigenous Knowledge is a body of knowledge, practices, and beliefs that is built up over time by a group of people through generations of living in close contact with the environment and their historic experiences. It is cumulative, dynamic and adapts to change. IK is also part of a larger body of knowledge that encompasses information about cultural, environmental, economic, political and spiritual inter-relationships and how these communities view the world. Because of the long-term and close relationship Indigenous communities have with the land, they have a wealth of knowledge to share about the environment which can complement scientific information.

The Benefit of Integrating IK Early in The Process

Working collaboratively with Indigenous communities using participatory approaches and integrating IK early in the regulatory process can support client decision-making and strengthen the credibility and fairness of made decisions. Early engagement can also facilitate long-term relationships and build social and community sustainability.

Indigenous Knowledge can be integrated throughout the impact assessment and regulatory process. In the project planning stage, IK can help identify key environmental or cultural issues; support the awareness and avoidance of culturally important or ecologically sensitive areas; and early engagement and feedback can help influence project design. The identification of key issues or concerns early on can also inform the selection of valued ecosystem or socio-economic components. Indigenous Knowledge can help to focus and prioritize baseline data collection through the establishment of local study areas, the identification of cultural or heritage resources, areas used by wildlife or people, or specific sites where baseline data collection should focus, such as wildlife travel routes. It can also inform baseline characterization of past or existing conditions, including the current health status of wildlife, vegetation or the aquatic environment, and changes in environmental conditions or trends over time.

During the assessment stage, IK can assist in the identification of cause-and-effect relationships and linkages between ecological and socio-economic components, establishing assessment thresholds or refining effect predictions. This knowledge enhances the understanding of potential impacts and strengthens mitigation measures and contributes to more effective long-term monitoring of projects.

Early engagement and feedback from the community can bring awareness about the potential impacts a project may have on a community’s way of life and allow steps to be taken to prevent adverse effects or disruption to the existing environment. Ultimately, early engagement and the meaningful integration of IK can help to identify potential social and environmental risks related to a project, obtain local “buy-in”, and potentially reduce regulatory delays or unexpected costs down the road.

There are currently no standards or guidance for how IK should be integrated into impact assessments. It is left to the discretion of the proponent or regulator to integrate and hence the approach varies from project to project. Indigenous Knowledge and western science can be complementary, but also have inherent differences that can make the integration of IK challenging. While IK tends to be qualitative and focus on the holistic view of the environment and prioritises the connections between different ecological and social components, western science tends to be quantitative and compartmentalizes environmental components (i.e., wildlife, vegetation and human health) in impact assessments.  For example, use of the land and resources represents more than just the tangible values of biophysical resources (e.g., wildlife species or traditional plants), but  also encompasses less tangible resources like social, cultural, spiritual and knowledge-based values (e.g., place names, language, or knowledge regarding a particular area) that are often associated with the identity of Indigenous groups.

The process of IK integration into impact assessments, including reconciling differences between IK and western science, has become an area of risk for clients that can delay the regulatory review and project approval process, particularly for large-scale resource extraction projects. In addition, some IK might be confidential, and limitations might exist on sharing the data in the context of impact assessments or regulatory decisions.

At a recent conference, Golder was recognized by Canadian regulators for its approach to integrating IK into the impact assessments process on mining and oil and gas projects in western and northern Canada. While challenges still exist with IK integration, Golder is continuously improving the process to allow opportunities for meaningful input by Indigenous communities and to promote transparency in the regulatory approval process.

Indigenous Knowledge can be valuable in the preparation of impact assessments. Early engagement and consultation with Indigenous communities is critical so that appropriate knowledge sources can be identified and allowed to provide feedback and validation throughout the various stages of the impact assessments process. The integration of IK may assist in meeting regulatory requirements and in creating an impact assessment that is viewed as more robust and transparent by potentially affected Indigenous communities, which can assist in reducing regulatory timelines and overall costs.

Camila Morcos is a Traditional Studies Specialist based in Calgary, Alberta. Responsible for preparing traditional land and resource use assessments, she has over 5 years experience engaging with Indigenous communities in support of environmental and socio-economic impact assessments for a diversity of Projects in western and northern Canada.