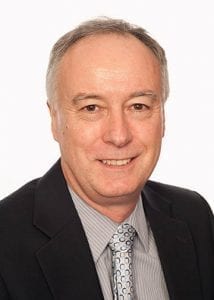 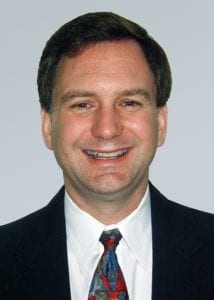 Contaminated properties in the United States have the potential to be cleaned up faster and at a lower cost, due in part to ideas from a public consultation process in which Golder participated.

The story goes back to 1980 when the U.S. federal government, concerned about the need for speedy and effective cleanup of many highly contaminated sites around the country, enacted the Comprehensive Environmental Response, Compensation, and Liability Act (CERCLA).

Informally known as “Superfund” and administered by the federal Environmental Protection Agency (EPA), this program sought to prioritize the cleanup of contaminated sites considered particularly problematic — and make responsible parties pay for the work. This program has been instrumental in cleaning up many of the most heavily impacted sites in the US.

Close to 40 years later, the EPA saw a need to revisit the Superfund program to see if it could be made more effective and responsive to current needs.

One of the main criticisms of the Superfund process has been that it is too slow. In many cases, it takes more than a decade for the best remediation approach to be decided upon. Site studies and legal negotiations drag on, but little in the way of “boots on the ground” cleanup up of contamination has occurred. The result is that many Superfund sites have not been fully remediated, despite all the effort and money expended on them.

In response, the EPA developed a Task Force that would seek input from the general public to find areas for improvement – particularly how to deliver results more quickly.

Having worked on many impacted sites across the US, Golder’s environmental professionals have a detailed understanding of Superfund program. Along the way, they formed ideas on how the program could be modified to produce better environmental and social outcomes, while also speeding up the process and in some cases, helping clients reduce costs.

Accordingly, when the EPA solicited public input through the Task Force in 2017, Golder, working with its clients, took advantage of the opportunity to provide some specific and meaningful recommendations for program improvement.

Task Force Recommendation No. 6 – “Provide Clarification to the Principles for Superfund Groundwater Restoration,” which closely mirrored a specific suggestion provided by Golder, was one of the 42 recommendations provided in the Task Force Final Report, issued on September 9, 2019.

The goal of the recommendation is to allow flexibility in groundwater cleanups such that the current Superfund objective of restoration of groundwater concentrations to drinking water standards would not be required at sites where groundwater is not currently used and is not likely to be used in the future as drinking water.

Toward that end, and of particular interest, is the provision regarding designated beneficial use “… if a state has an EPA-approved Comprehensive State Groundwater Protection Plan (CSGWPP) or other codified groundwater standards that meet the regulatory criteria, those are the standards that will drive the groundwater cleanup.”

This change is intended to support one of the main objectives of the renovation of the Superfund program – allowing remediation to focus on “what matters most” to protecting human health and the environment.  In response to this Task Force recommendation, Golder has now been retained by several Superfund site Potentially Responsible Party (PRP) Groups to work with the EPA and state regulators to promote and support the development of a CSGWPP in Texas.

One of the criticisms of the Superfund program over the years is that it tends to delay the remediation work until substantially all decisions on the cleanup have been made, before starting work.

However, in many situations, it’s clear that there’s one particular action that can be taken in order to address the most significant risks. It’s an application of the 80/20 rule – to do the 80 percent that constitutes the low-hanging fruit, and then see what to do about the remaining 20 percent. In some cases, it may well be that after addressing the main issues, natural attenuation, possibly helped with sustainable processes like bioremediation, can carry the site the rest of the way to cleanup.

Recent changes in Superfund approach consider this idea – that work can begin early on remediation measures that are likely to have immediate positive results. This supports the EPA’s objective of getting beneficial results as soon as possible. Golder has been engaged on several of the projects highlighted in the Task Force report as successful examples of this approach.

In its drive to make improvements in the Superfund program, one of the priorities of the EPA Task Force is to streamline and reduce costs for remediation wherever possible, provided it can be done without impairing environmental or public safety.

So, the agency sought ways to determine which site cleanup projects are being handled in a particularly effective way, with reliable and trustworthy entities in charge and carrying out the work. Reducing oversight of these sites designated as “cooperative, high performing,” the EPA believes would allow their staff to focus on sites that were not performing well.  At the same time, this has the potential to significantly reduce remediation costs for the PRPs charged with paying for the cleanup.

Golder has had success in getting a “high-performing” designation applied to its work at the U.S. Oil Recovery (USOR) Superfund Site, a former waste treatment and recycling facility near Houston, Texas that was abandoned by its owner/operator in 2010.

A PRP group, largely consisting of parties that had sent material to this facility, has been performing various stabilization activities, surface removal actions, and a Remedial Investigation/Feasibility Study at the site, beginning in 2011.

Golder is the Group’s lead consultant and Project Coordinator, a role that included carrying out early cleanup actions. These removal actions were instrumental in averting major releases from the site during several subsequent tropical storms, including Hurricane Harvey in August 2017.

In recognition of the PRP Group’s proactive efforts and, in part, because of Golder’s leadership, the EPA designated the USOR PRP Group as the first high-performing PRP under the Superfund Task Force designation.  With this designation, the EPA has indicated that oversight activities will be scaled back immediately and significantly.  Based on the EPA’s indications, the Group is projecting a 75% reduction in the EPA’s oversight costs at the Site.

These changes to the Superfund program – including more practical objectives for groundwater, the ability to focus on beginning quickly with the most obvious measures, and the possibility to reduce oversight costs for high-performing sites — are likely to produce better and faster results for the clean up of impacted sites across the US.

P. Stephen (Steve) Finn is a Principal at Golder with 25+ years of CERCLA experience including strategy development, investigation, human and ecological risk assessments, natural resource damages, feasibility studies, design, construction management, and review of completed remedial measures for contaminated upland and sediment sites. He has led the firm’s work on 25+ CERCLA sites throughout the United States.

Eric Pastor is a Principal Engineer at Golder, with 35+ years of industry experience. Eric was co-founder and President of Pastor, Behling & Wheeler, LLC, a pre-eminent Texas environmental consulting firm that joined Golder in May 2018. While Eric has a robust resume in soil and groundwater remediation, his true passion has become strategic programs and helping stakeholder groups and potentially responsible parties to develop consensus-based solutions to environmental problems.