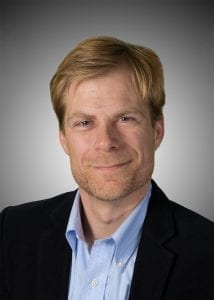 Unmanned Aerial Vehicles (UAVs), more commonly referred to as drones, have evolved substantially in recent years. A drone that could carry 6 kg might have cost around $50,000 just 5-10 years ago. Today, it’s possible to get a similar drone on the open market for around a tenth of the price. This is mainly thanks to the improvement of lithium-ion batteries, which are much smaller, lighter, and more powerful than older versions.

As drones become more affordable with extra capabilities, they offer businesses new opportunities. One such application is the sampling of water in dangerous locations such as mine pit lakes.

When an open mine pit lake is closed, either temporarily or permanently, the pumps used to keep groundwater out could be turned off. As such, the pit fills and forms a lake which could become a danger zone.

Fractures in the pit wall become lubricated and can cause collapse, resulting in major landslide events, which in turn can create enormous waves capable of capsizing boats, destroying heavy equipment, and posing a serious risk to human life. In addition, unlike a regular lake or ocean, a mine has no shallow shoreline to help dissipate the energy of these large waves. This means that waves can transverse violently from one side to the other for hours on end. (Read more: Golder’s approach to predicting potential waves.)

Failures of mine pit lakes have previously resulted in fatalities due to landslides, drowning or human health issues associated with toxic water quality.

When a pit closes and fills with water, regulatory bodies often require that water be sampled and analyzed at regular intervals (yearly or quarterly). These samples are collected to check the water for a range of chemicals spanning the periodic table. The content varies based on the surrounding environmental and geological features. Some of the more common chemicals focused on for these tests include:

Levels of chemicals are tested to ensure water content remains safe for the environment and neighboring areas.

The old way of doing things

For years, mines have had no choice but to send people out on a boat in the lake to collect water samples at various depths. This is a high-risk situation.

Not only does this pose a danger in the event of landslides, but it involves substantial planning, health and safety training, skilled personnel, and high costs. Each mining company has a different approach for sampling, but among the common requirements are:

Rather than risking human life, a much safer option is to use drones to fly over the lake and take water samples. This not only protects personnel from the hazards of being on the lake, but also presents a significant resource-, logistic-, and cost-saving opportunity. The process only requires two people: someone to fly the drone and a spotter to keep watch for hazards such as birds or other aircraft.

It is apparent why this is a much better solution.

Golder, as advocates of innovation in mine safety and environmental protection, awarded funding to a internal project team to deliver such a solution. Thanks to affordable drones that can carry heavier loads than ever before, they were able to attach water sampling equipment. The drone and sampling equipment can fly out over the lake and gather water from the surface layer, a transitional layer, and a deep layer (to account for thermal and chemical stratification).

For one client, this innovative approach was able to gather 1.75L of water from a depth of 92m, which is quite astounding. Another client had a pit wall landslide which resulted in a significant risk to samplers. As such, they were unable to carry out any water sampling to meet permit regulations for a further two years. This new drone technology was a very welcome solution that solved their problems, much to the delight of the client.

Looking beyond the horizon

The current limitation on solutions like these are predominantly regulatory and/or legal, because regulations are unable to keep up with the pace of technological change.

It’s expected that in coming years drone regulators will work hard to catch up and as such, open more opportunities. For example, one current requirement is that drones must be flown within the line of sight. Eventually, it’s likely that you will be able to use a camera from a remote location to fly the drone behind trees to gather samples. In addition, the current flight ceiling of 400 feet in the United States and Canada can limit the depth of sample collection. Regulations may soon allow exemptions to this limit which might enable deeper sampling.

As things evolve, drones will be used to carry out a range of tasks during a one-day visit to a mine site by swapping out the payload, potentially saving lives and thousands of dollars in the process.

Devin Castendyk holds a PhD in Environmental Science from the University of Auckland in New Zealand. He is based in Denver, Colorado and has over 22 years of experience researching the geochemistry, hydrogeology and physical limnology of mine pit lakes. He has researched approximately 40 pit lakes on four continents and was co-editor of the 2008 book Mine Pit Lakes: Characteristics, Predictive Modeling, and Sustainability.