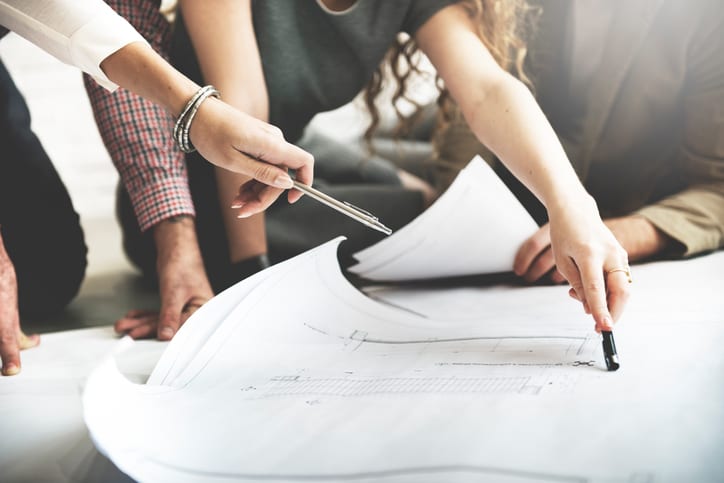 Some of the largest infrastructure projects in the Nordics are currently taking place in Sweden. In the country’s two biggest cities, Stockholm and Gothenburg, core infrastructure is being developed to improve the connections to surrounding areas. Golder Associates is heavily involved in the work, performing geotechnical investigations, design, instrumentation and monitoring. In a feature interview with New Civil Engineer, Golder’s Anna-Lena Öberg-Högsta discusses these projects, as well as infrastructure leadership and the change face of the engineering profession.

Looking back at her own career in both industry and academia, Anna-Lena further discusses how the engineering profession is changing to include a greater involvement in the overall development of society than before. Echoing the sentiments of many an engineer, she comments on how great it feels to watch railways, roads and bridges emerge around you. Finally, she offers advice to those considering a career in engineering, explaining how many possibilities an engineering degree can provide.

To read the full article originally published by New Civil Engineer, please click here, or continue to read below.

As the managing director of Golder Associates in Sweden, I lead and develop – together with my team and colleagues – a company that works with some of Europe’s biggest infrastructure companies and urban developers. Our focus lies on helping these companies plan and execute their projects, mitigate environmental impact and take social responsibility.

Globally, Golder has 180 offices and more than 7000 employees, and provides technical, environmental and social consulting for infrastructure, mining, oil and gas, and manufacturing companies.

What specific skills have you learned through the job?

Being in a leadership role, I’ve learned to listen to others, seek information and be open-minded to different ideas and views. I’ve also learned to meet challenges with a calm and positive attitude. This is a job that requires a lot of stamina and you need to stay true to yourself in your leadership.

I also have experience from academia, holding a post as associate professor in engineering at the Chalmers University of Technology in Sweden. This has been an important source of learning how to seek answers to new questions throughout my career, alongside the work at Golder.

In both my technical work and in my leadership role, I’ve found that it’s imperative to be able to trust my team’s abilities and to trust myself.

What stands out as the most interesting project you’ve worked on?

We’re currently working with our partners on some of Sweden’s largest infrastructure projects in Stockholm and Gothenburg. Here, we perform geotechnical investigations, design, instrumentation and monitoring to help develop the core infrastructure in the cities and their connecting suburbs. We’re also involved in several mining and manufacturing projects, delivering environmental compliance and ground engineering services.

It’s impossible to pick one project as the most interesting, as it’s the variety of sectors and projects that fascinates me. But for our large infrastructure projects in general it’s fantastic to be part of the physical changes you see around you. In Europe alone, Golder has over 40 years of experience working with the biggest urban developers and infrastructure companies. Designing projects and assisting urban developers with geotechnical and environmental issues is stimulating – and watching railways, roads and bridges emerge around you and affecting how society develops is a great feeling.

Additionally, it’s interesting to see how important environmental and social issues have become for multinational companies – during merger and acquisitions, plant operations, and closures. This mix of engineering and financial concerns is very exciting.

How does your role impact on the built environment?

We have a very high ground and environmental engineering profile and are one of the leading authorities in our niche. In everything we do, we try to help our clients take environmental and social responsibility when developing the built environment.

How do you explain what you do to your friends and family?

I tell them that I am an engineer who, to give some simple examples, helps to build roads and also to minimize any environmental impact by taking care of waste deposits and preventing these from smelling or leaking poisonous chemicals.

How did you get into the job/what was your career route?

I graduated as a civil engineer and went on to do geotechnical research at Chalmers University of Technology in Sweden and a post doc at Georgia Tech in the US. During the post doc I focused on how to recycle industrial waste to use it as a construction material.

I then started to learn more about the environmental aspects of engineering and got a position at NCC AB, one of the largest construction companies in the Nordics, to work with remediation of contaminated construction sites.

How far removed from the traditional role of the civil engineer do you think your job is?

It’s still pretty close actually. At Golder, I work as a leader, but I’m also very much a part of the technical engineering work. However, the answer also depends on what you mean by the traditional role of the civil engineer. Engineers today work in all sorts of different ways and I think it’s important to recognize that engineers are involved in the overall development of society to a much greater degree than before.

Did your role exist five years ago?

Yes, it did. But the role has still evolved over the last five years to include a more immediate client responsibility and engagement with stakeholders outside the company. And it will most likely continue to evolve in the future as Golder grows.

How do you see it changing in next five years?

It will probably involve a lot more externally facing client and stakeholder work. Traditionally, it’s been more focused on the work we do internally at Golder. But as we engage further with clients and the broader society the role will undoubtedly take a further step away from internal considerations and move more onto the public stage.

What is the logical career progression for you?

There are two potential routes. Either I can get another job as a leader on a regional/international level, or I can become a senior consultant again.

What’s going to be the most exciting thing about it then?

If I become a leader on a higher level in Golder it will mean working with other cultures and operating in an even more international context. If I become a senior consultant, it will be being involved in new, small specialists and large projects in Sweden within a wide spectrum of client sectors.

What advice would you give to someone thinking about becoming an engineer?

An engineering degree gives you so many possibilities. It doesn’t mean that you will end up working as a traditional engineer. After studying, you have to be open for new opportunities – doing something different. That’s the most important thing.

What would you be if you weren’t in this role?

A pediatrician! Something else altogether.