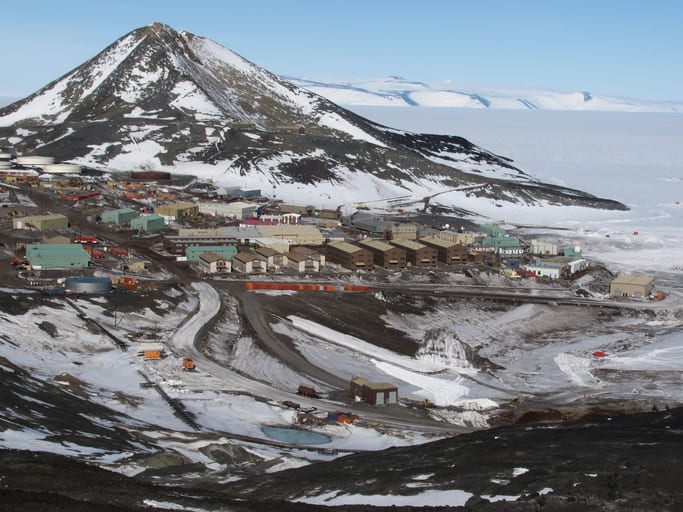 Golder New Zealand will send a team to the U.S. National Science Foundation’s Palmer Station — which is located on the Antarctic Peninsula, south of the tip of South America — to investigate ground conditions and advise on suitable foundation designs for a proposed upgrade of this research facility.

NSF has recently announced plans for major upgrades of two of the three year-round Antarctic research stations Palmer and McMurdo operated by the U.S. Antarctic Program, which NSF manages.

The stations support a wide range of scientific studies in fields as diverse as biology, glaciology, and geosciences.

In 2015, Colorado-based ASC, which manages the logistics for the NSF, contracted with Golder to undertake geotechnical investigations at McMurdo Station, on Antarctica’s Ross Island, to assist with the development program, following completion of a successful investigation program at Scott Base for Antarctica New Zealand.

Tim McMorran has been project manager for these programs and field investigations have been led by Joel Bensing at McMurdo Station and Matt Howard at Palmer Station. Sophie Bainbridge led the field investigations at Scott Base for Antarctica New Zealand. Mark Musial, Global Program Leader for Permfrost Engineering, is providing specialist cold climate engineering expertise.

Golder’s team utilised specialist cold climate engineering expertise from our Anchorage office to advise the project design teams on suitable approaches for dealing with the geotechnical challenges of building at McMurdo Station. Special consideration was given to the effects of future climate change on the performance of foundations.
Some the buildings at McMurdo Station were built by the U.S. Navy during the late 1950s for the International Geophysical Year, others were built in the 1960s and 1970s.