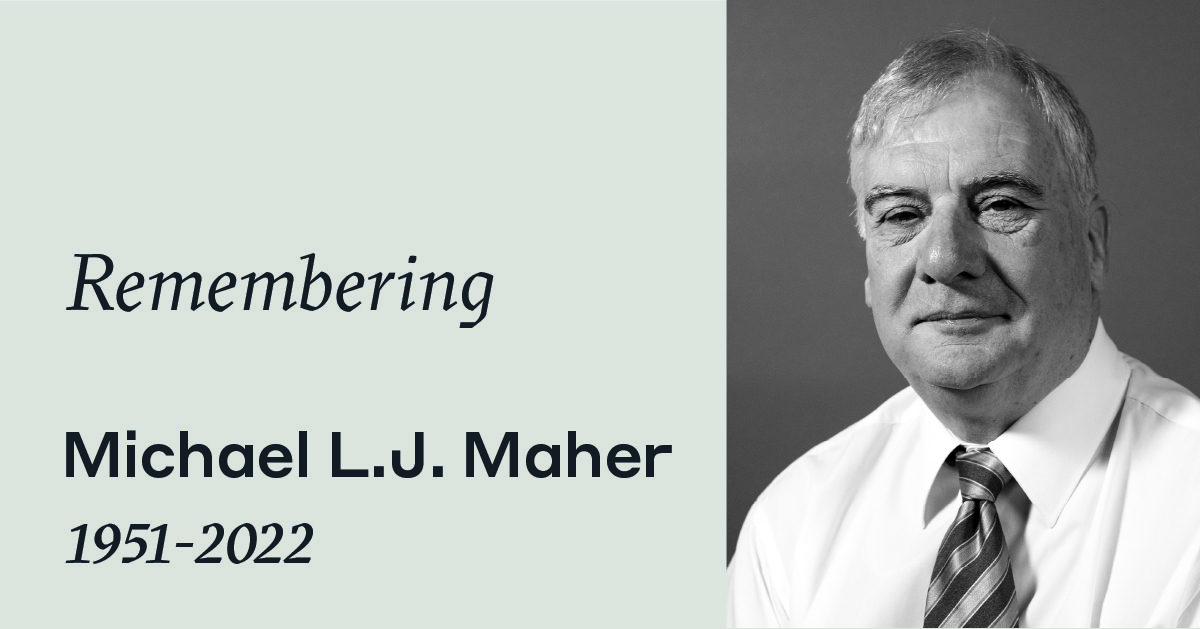 Dr. Michael Maher was a life-long geotechnical, pavement and materials engineer at Golder Associates Ltd., now a member of WSP.  Born and educated in Ireland, Michael received his Ph.D. in Materials Engineering from Trinity College, Dublin, and began his career as a geotechnical engineer with Golder in London, Canada in 1978.

Michael moved east in the early 1980s to support and grow Golder’s office in St. John’s, Newfoundland. He returned to Ontario in 1990 to join a small group of colleagues in establishing a Centre of Excellence for Materials Engineering in the relatively new Whitby office. Michael was the driving force behind the build-up of Whitby’s state-of-the-art materials laboratory, the introduction of Superpave technology to Golder, and the development of Golder’s materials engineering business in Canada.

Never one to turn down a challenge, Michael moved to Qatar for a year to open a Golder office and there built a successful practice in transportation work before returning to Canada to continue to build his materials engineering practice. From 2005 to 2010, Michael returned to Ireland, working in the Naas (Dublin) office; his work was largely focused on pyrite heave investigation and the resulting litigation work.  He returned to Whitby, Canada in 2010 where he continued to provide materials engineering expertise on projects around the globe, from residential and civil infrastructure, roads and highways, to airfields, dams and mines.

Over the past few decades of his career, Michael worked to unravel several issues with building materials in his native Ireland and studied the effects of pyrite in structural fill aggregates, supporting litigation work in several high-profile legal cases in Dublin and beyond.  Returning from Ireland to Ontario, further legal work led him to involvement in the issues surrounding pyrrhotite in concrete  in Quebec. 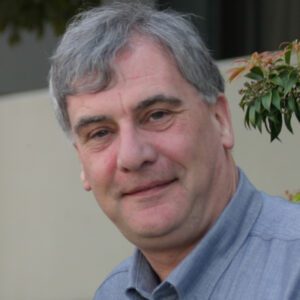 Michael was involved throughout his career in numerous standards and institutional organizations and committees, where his efforts promoted the establishment, vetting and improvement of technical standards, such as the Transportation Research Board in the United States, CCIL, SWIFT and CTAA in Canada, and the National Standards Association of Ireland.  He was also a member of the Arbitration and Mediation Institute of Canada.  He published more than 100 technical papers and articles in Canada, US, Europe and Asia on topics ranging from pavement evaluation, construction materials, pyritic aggregates and the application of sustainability principles to road rehabilitation strategies, often coaching and collaborating in these efforts with junior colleagues. Michael delivered close to 200 technical presentations on these subjects. He wrote Chapter 4, “Soils and soil testing for roadworks” in the most recent, 5th 2015 edition of “Highways” by O’Flaherty, likely one of the most popular and important books for highway engineers around the globe, thus sharing his knowledge and experience with large number of people.  Most recently, in semi-retirement, he found the time and energy to publish a book on pyrite and pyrrhotite, to be released imminently.

Michael’s keen intellect, probing mind, and strong mentorship modelling were hallmarks that exemplified his professional excellence.  His innate curiosity drove him to constantly probe and ask “why” or “how” when problems did not present satisfactory solutions, and he always had his eyes on the future, looking ahead to new technologies and the young engineers and technicians who were going to implement it.  As a result, he always sought opportunities to engage junior engineers, technicians and scientists on his journeys of investigation, and he encouraged exploration both within and beyond the “usual bounds”.  Michael was always keen in helping others – engineering and technical professionals, Owners and legal professionals — in solving complex issues, particularly related to construction of airports, highways and bridges. His assistance and advice were precious.

Michael was a wonderful colleague, and he became a true mentor and friend to many who shared his passion for their work and Golder.  So many industry leaders both within Golder and in the broader industry owe a debt of gratitude to Michael for his time and unwavering commitment to making the engineering world better.

Rest in peace, Michael.  Your legacy will live on in the many projects you have touched and people whom you have inspired.