A Natural Way to Clean Contaminated Soil and Groundwater in Hawaii 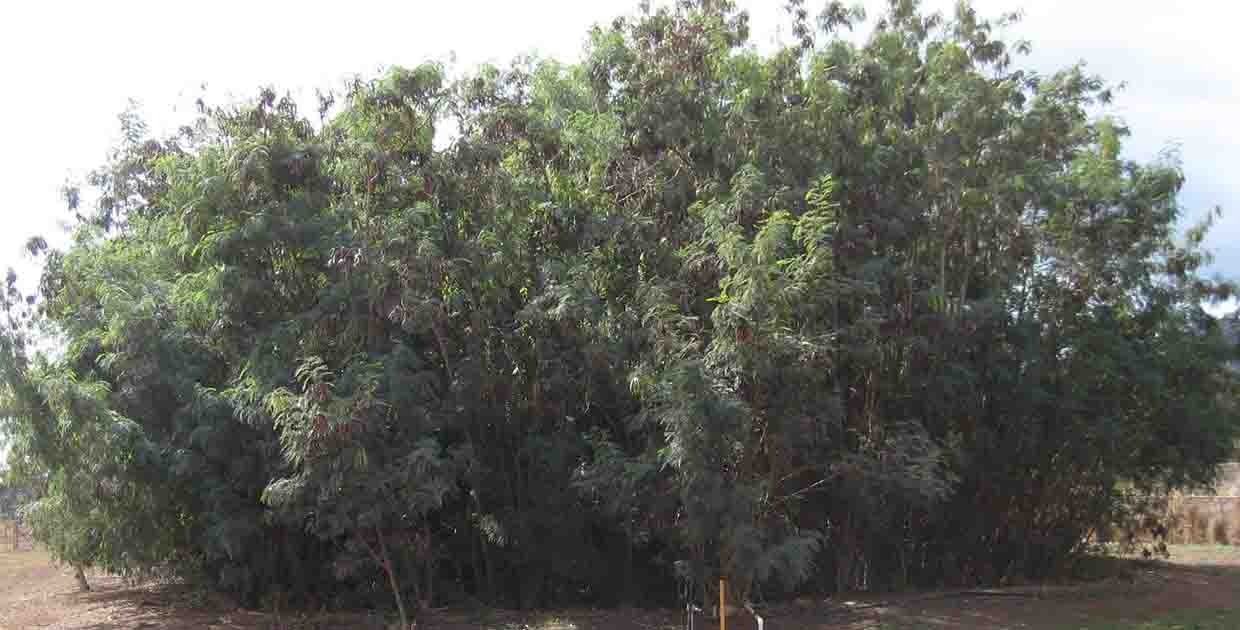 Using living plants to remove contaminants from soil and groundwater, known as phytoremediation, is helping to meet sustainability goals, reduce carbon impact and save money in Hawaii.

While phytoremediation is a well-established technology, this project on the island of Oahu (listed as a Superfund site) broke new ground due to the type of contaminants being remediated. Phytoremediation has often been used to deal with various organic compounds and metals. However, it was a step into the unknown for Golder to use this remediation technology on soil impacted with fumigants ethylene dibromide (EDB) and1,2-dibromo-3-chloropropane (DBCP).

Over 1,000 cubic meters (1,300 cubic yards) of soil had been impacted with these compounds, which had been used to combat destructive microscopic worm-like nematodes that attack crops such as pineapples, bananas and potatoes. The presence of EDB and DBCP meant that the soils would have to be handled as hazardous waste.

Due to the absence of approved treatment facilities on Oahu, the soil would need to be loaded onto a ship and carried to the mainland US for treatment – an option associated with a high carbon footprint impact as well as the expense of transportation and incineration, estimated at US$ 3.5 million. As well, this option would require continuous pump-and-treat of impacted groundwater – also generating hazardous waste requiring treatment.

Golder was brought in by property owner Del Monte Fresh Produce (Hawaii) Inc. to work with them to find a better way. The proposed solution was to use a tropical leguminous tree, Koa Haole, as a phytoremediation agent. The year-round growing conditions, and the availability of this tree on Oahu, made it a particularly attractive option as part of the process.

After bench-scale testing by the University of Washington determined that Koa Haole could degrade EDB fully to bromide ion, Golder worked with the property owner to develop a pilot-scale test site on location, starting in 1998.

Treatment cells were lined with a high-density polyethylene liner, which was then covered with a gravel leachate collection layer, in turn covered with a geotextile fabric. Impacted soil was mixed with yard waste and cow manure, and the soil mix was placed in the cells. Koa Haole trees were planted in the cells, 53 cm (21 inches) apart. Drip irrigation lines were installed to feed the trees with collected contaminated groundwater and recirculated leachate sump water.

The pilot-scale test ran for two years, proving the idea successful. The trees were found to be effective in remediating the contaminated soil and groundwater. Soil contaminant concentrations were reduced to be better than residential standards, and leachate water better than drinking water standards.

Based on the success of the pilot test, Golder and the property owner implemented a full-scale project in operation starting in 2008. It includes 35 groundwater extraction wells, equipped with pneumatic pumps to continuously pump water from the impacted parts of the aquifer. The impacted water is stored in a 34,000 liter (9,000 gallon) tank, and distributed to the phytoremediation treatment cells, containing the Koa Haole trees.

As of September 2017, the phytoremediation system has successfully treated over 18 million liters (4.7 million gallons) of groundwater to concentrations that were better than drinking water standards.

This project is particularly important because EDB and DBCP were in widespread use for many decades to fight nematode infestations on Oahu and many other locations, until the negative effects of these compounds resulted in an order to discontinue use. The fact that soil and water impacted by these compounds can be treated efficiently and cost-effectively using phytoremediation will help to provide a sustainable remediation approach for other similar projects.

Golder and Del Monte Fresh Produce received the American Council of Engineering Companies (ACEC) of Washington’s Best in State Gold Award for Uniqueness and/or Innovative Application of New or Existing Techniques for its work on this project.