Building a beach in British Columbia 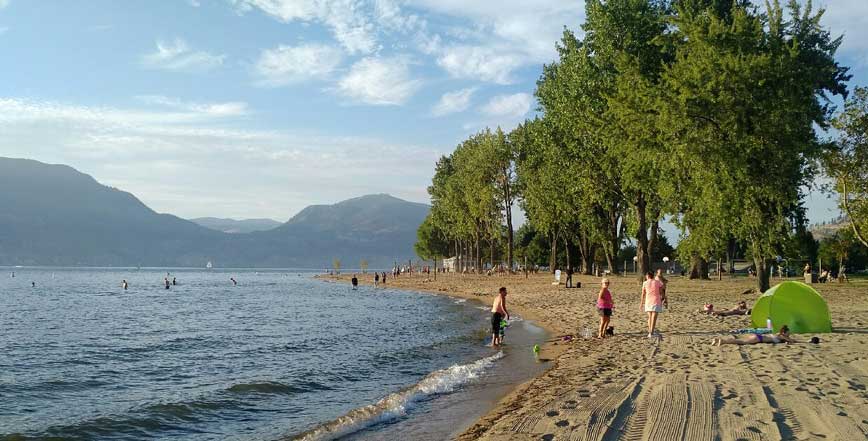 The Hot Sands Beach is a popular attraction at a waterfront park in central Kelowna, an urban community of around 200,000 people in British Columbia, Canada. Erosion was limiting the community’s recreational use of the beach and the City of Kelowna had originally considered a concrete block wall design as a possible solution which would have resulted in the loss of the sandy beach as a public amenity, an outcome that would disadvantage the community. Golder was co-opted into this project while working on another assignment for the City and asked if we could come up with a better solution. We did. Golder’s solution was notable from a financial, public use, visual esthetics, ecological and sustainability perspective, maintaining the amenity of the beach for the community, and at a lower cost.

By evaluating rates of erosion and longshore transport of sand such that the correct volume of sand could be estimated to allow a beach nourishment approach, Golder’s Coastal and Marine Team, from Victoria and Vancouver, designed and implemented a restored shoreline design for erosion protection. This is a maintenance approach instead of capital works and enables the recreational, ecological and visual values of the beach to be maintained as well as the public amenity. Golder’s design cost half the price of the proposed wall, and importantly provided a sustainable shoreline.

The project, begun in 2013 is the first of its kind in inland waters in British Columbia. Golder had designed and installed similar systems in the marine environment in British Columbia but not for a lake shore. It involves redistributing sand from south to north on a segment of shoreline that has been isolated from its natural northerly littoral supply of sediment. Historically sediment was transported to the beach from rivers and shorelines further south. The work involves redistributing 3,400 m3 of sand and adding 400 m3 to provide erosion protection over an estimated 10-year life cycle. This is the first restored lake shoreline in British Columbia and broke with the 30 year conventional and regulatory guideline approach which had promoted hardening (concreting) of the shoreline and subsequent loss of habitat for various species of trout and salmon.

Golder will continue to work with the City of Kelowna to monitor the beach and prepare for the next restoration works in 10 years’ time.