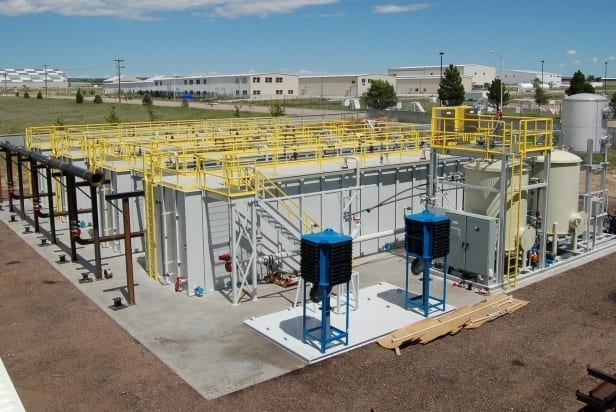 Engineering firm Bechtel National Inc., under contract to the Department of Defense, was looking for a way to treat the liquid waste stream generated from the neutralization of mustard agent contained in thousands of artillery shells, mortar rounds, and projectiles.

Destruction of obsolete chemical weapons held by the US Army is being done in a way that manages threats to the environment and also treats odors generated by the cleaning process, thanks to innovative technology provided by Golder.

The solution offered by Golder involves a proprietary technology called Immobilized Cell Bioreactor (ICB), for which Golder has purchased North American rights. This technology uses biological processes to remove contaminants from water, at a rate that is higher than some competitive technologies, and generates significantly less sludge. As an added advantage, the treated wash water can be recycled back into the agent neutralization process to be used again, to limit the amount of water consumed.

The technology Golder provides also collects off-gas from the process, so that odors generated can be effectively managed.

The result is an environmentally sound process that is helping to safely rid the world of serious threats to human health and the environment.