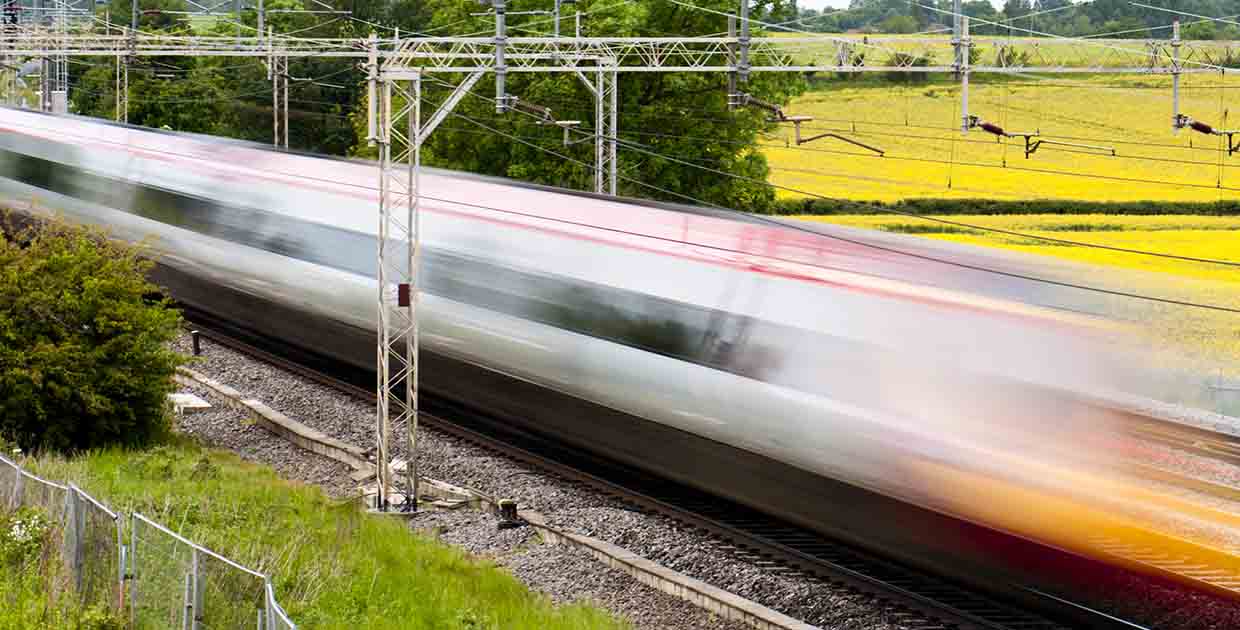 The UK’s ambitious High Speed Rail 2 project is expected to carry passengers at up to 400 kilometres (250 miles) per hour between London and cities in northern England, creating economic opportunity, improving safety, and reducing vehicle traffic. As one of the most substantial transportation projects ever built in the UK, the new line has attracted its share of controversy, with much of the concern related to the potential scale of impacts. Because the UK’s existing rail infrastructure is insufficient for high-speed trains of this design, new rights-of-way, rail line, stations and other infrastructure are required.

With widespread public concern that the transportation authorities would push the planning process forward without due consideration of all factors, Parliament took the unusual step of appointing an Independent Assessor, impartial to the Government or project contractors, reporting directly to Parliament on public submissions and concerns. In 2013, Golder was selected to serve in this role, presenting findings directly to Parliament through its two chambers – the House of Commons and the House of Lords – prior to reading of relevant bills in Parliament and following key consultation milestones.

As the appointed Independent Assessor for both Phase 1 (2013) and Phase 2 (2017), Golder follows a rigorous review process, with a firm timetable, of the high-speed rail project. Phase 1 will provide service from London’s Euston Station north to the West Midlands near Birmingham, and is expected to be operational by 2021. Phase 2 has two branches, one extending the line to Manchester, and the other to Sheffield and on to Leeds, with expected completion in 2033. The project received more than 60,000 public submissions for the two phases, forming the largest volume of responses ever collected for an Environmental Impact Assessment, anywhere in the world. Golder reviewed every comment and delivered thorough summary presentations on its findings to the first joint session of the Commons and the Lords.

It was vital for Golder to clearly demonstrate that the submissions and review process was transparent and balanced, so that all of the people and organizations who had sent submissions would feel that their concerns had been factored into decisions. This included matters such as the routing for the line and how much of it would be below ground. Of particular concern was the section of rail passing through the Chiltern Hills, a series of chalk hills that have been given protection as an Area of Outstanding Natural Beauty (AONB); England’s AONB designation aims to conserve and enhance the beauty of the subject lands, while also having regard for the interests of those who live and work there. To meet public concerns and reduce environmental impacts, much of the line through the Chilterns will be underground despite the initial higher cost of tunnelling.

The various stages of Golder’s work were further complicated by the need to meet Parliamentary requirements to provide sufficient time for debate on the matter. This was necessary to provide a chance for a legitimate vote on the matter, and to then have the results ready in time to be incorporated into the Queen’s Speech, which represents an official statement of Parliament’s intentions.

Golder’s role, carried out as a neutral third party, has helped support a planning process that is demonstrably fair, with a chance for all concerned to have their say.