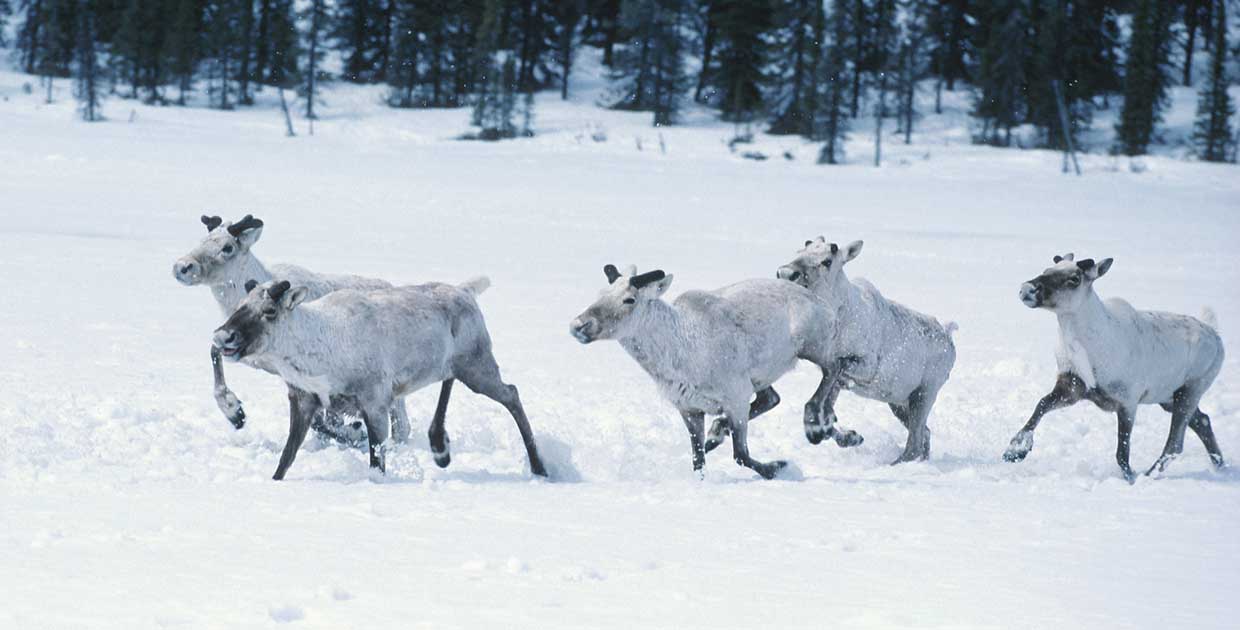 Golder was contracted to inform the Government of Alberta about the considerations for implementing a pilot caribou rearing facility as a population recovery tool. The Little Smoky population is well recognized as the most impacted population of boreal caribou in Canada due to more than 96% of its habitat impacted by ongoing anthropogenic disturbance primarily from the forestry and oil and gas activity in the region. Habitat change has led to increased predation pressures which are the proximate cause of population decline. Since 2008, predation pressures have been addressed by the Province through an intensive wolf control program to maintain caribou on the landscape.

Golder assembled a project team of subject matter experts from Western Canada to work collaboratively with personnel (biologists, planners) from the Government of Alberta in a series of workshops to evaluate the risks, the potential population outcomes, and operational considerations of the rearing facility. This team included the Aseniwuche Winewak Nation, an Indigenous Community actively involved in finding solutions to caribou recovery, providing local knowledge of the area, and input considerations to achieve success of a rearing facility. Subject matter experts also included oil and gas industry representatives, a wildlife veterinarian, caribou biologists, and academic advisors

Golder’s project team consisted of biologists from both Alberta and British Columbia offices, indigenous contracting specialists, as well as planners and GIS support from Western Canada and Italy.

The early involvement of the local Indigenous community and other stakeholders will enable future engagement on the project required if the Province goes ahead with the project. Golder’s suite of GoldSET optimization tools and processes were used to identify the areas of highest suitability for the location of the potential rearing facility which balanced environment, social and economic considerations. With this approach, a project that once seemed unfeasible, became a feasible option.

Golder’s feasibility study was presented to the Deputy Minister of Alberta Environment and Parks in the fall of 2017 and has been included as part of the Alberta draft range plan for caribou recovery. This plan is currently under public and stakeholder review prior to finalization in 2018.