Sea to Sky Highway: Paving the Way for Vancouver-Whistler Highway and 2010 Winter Olympics 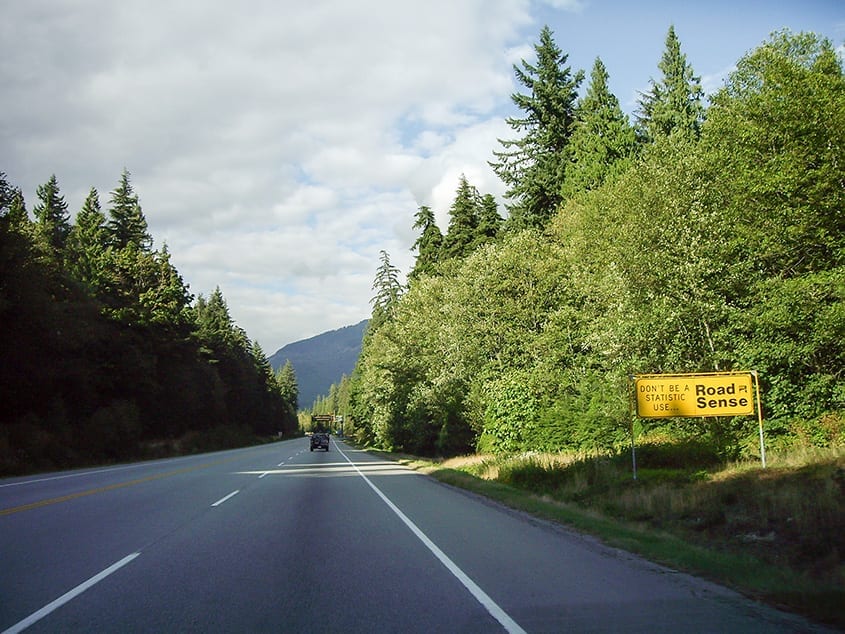 The 100 kilometer Sea to Sky Highway between Vancouver and Whistler is among the British Columbia’s most scenic highways, winding along the coast of Howe Sound. It is also a heavily traveled road, which previously had a deadly reputation. As part of the widening of the existing highway from two lanes to four lanes along the most technically challenging sections of the route, a “test section” was identified to assess the feasibility and impacts. Golder provided geotechnical engineering services from conceptual development through to detailed design and construction for this test section.

The purpose of the test section was to assess the potential impacts of construction on traffic mobility and develop appropriate design solutions for implementation on subsequent sections of the highway upgrade.

The project involved the upgrade of an 800-meter section from a two- to four-lane rural arterial highway standard. To avoid very high rock cuts, the two additional travel lanes were constructed over steep bedrock and rock -ill slopes, located downslope of the highway.

Some of the solutions Golder developed for this challenging project included: rock shear strength simulations to assess rock slope stability and support requirements; bedrock structure mapping; installation of anchors and bolts to optimize rock support; micro-pile installations; seismic deformation analysis to assess retaining wall design options for highway widening; stability analysis; and a 4 meter-wide high-strength rock fill buttress constructed along the outside edge of an engineered fill slope that supported a 5-meter-high, 180-meter-long mechanically stabilized earth wall. The test section laid the foundation for the approach to implementation of the overall corridor improvements, making the Sea-to-Sky Highway safer for residents, tourists, and athletes far beyond 2010.

Golder also carried out reliability and deformation analyses of the mechanically stabilized earth walls under seismic loading. The analyses indicated that the outer southbound lanes would suffer deformation as a result of the design seismic shaking events, but that the two northbound lanes would remain functional, allowing access and the passage of emergency vehicles.

Despite the variety of challenges, this project was completed under a tight schedule, and assured that Vancouver could meet commitments made in securing its bid for the 2010 Winter Olympic Games.