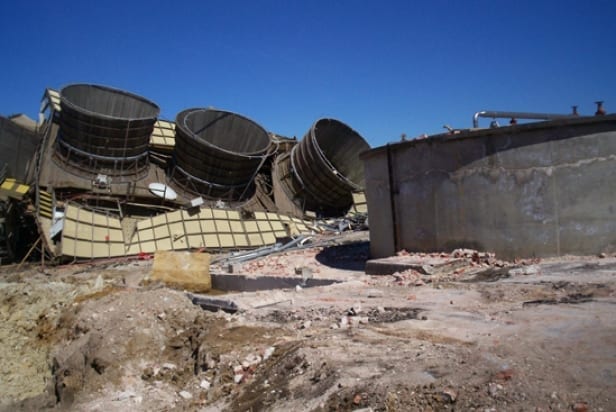 Major assessment work at a former manufacturing site often needed to coincide with the decommissioning and demolition schedule, in order to meet deadlines for divestiture of the property. The site is intended to be redeveloped as a new urban community.

Golder did an initial remedial design based on limited assessment data targeting a number of known source areas. This design formed the basis for a demolition and remediation specification prepared by Golder, which allowed for ongoing assessment to be completed and further remediation areas to be nominated during the contract period.

During the demolition and remediation, which Golder supervised, 17 large manufacturing buildings and their associated infrastructure were demolished to slab level. Two-thirds of the soil generated during the remediation process was re-used on-site within a separation, or capping layer, over a former domestic landfill.

In addition, a groundwater hydraulic control system to manage several groundwater plumes and protect the ecology of an adjacent urban waterway was designed and operated by Golder.